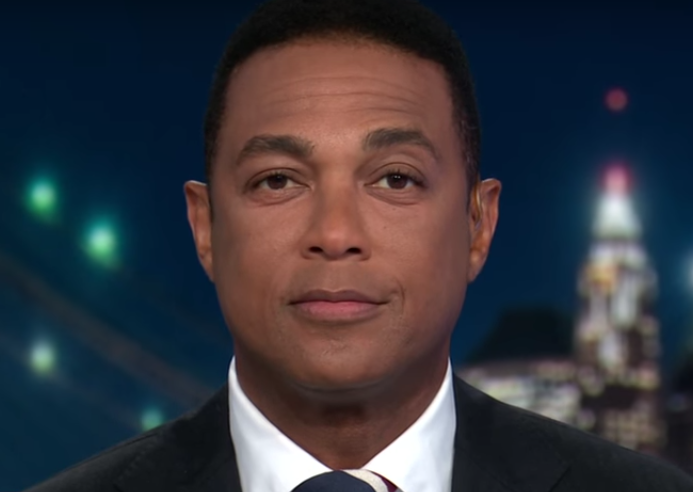 Fox News has been working overtime in an effort to defend President Donald Trump’s racism in the wake of a mass shooting committing by a white nationalist terrorist in El Paso, and CNN anchor Don Lemon did not let the network get away with it.

22 people are dead as the result of an attack by a white nationalist who directly quoted Trump’s anti-immigrant rhetoric in his manifesto. Despite that, Fox News has been insisting that Trump is not a racist even though he most certainly is one, especially if you look at his racist attacks on Democratic lawmakers of color over the past three weeks.

While most are condemning Trump’s racism, Fox News is denying it, which is what Lemon focused on during his show on Tuesday night.

“As people across the country expressed shock and grief over the senseless mass shootings in El Paso and Dayton that killed 31 people, the Fox and Friends apology team already out defending President Trump for the ugly and divisive rhetoric when targeting undocumented immigrants at the southern border,” he began.

Lemon recapped the tragedy that unfolded in El Paso over the weekend and shined a light on the words used by the killer.

“The killer hoping to stop what he calls ‘the Hispanic invasion of Texas,’” Lemon said. “That keyword, invasion. President Trump, as we know uses that word, invasion, all the time as a billy club against undocumented immigrants.”

Indeed, Trump has even gone so far as laugh and joke approvingly after someone at one of his rallies called for shooting migrants to stop them from coming here.

The killer is clearly using words and phrases Trump has repeatedly used. It’s almost as if Trump wanted this kind of shooting to happen.

“His defenders on the Fox morning show sprang right into action,” Lemon continued, showing a clip of Fox & Friends host Brian Kilmeade actually defending the white nationalist terrorist by insisting that America is being invaded.

“When you have over 110,000 people coming a month, over 1 million last year and well over a million this year. If you use the term invasion, that’s not anti-Hispanic. It’s a fact,” Kilmeade said.

“Not surprising, that pleased the president, who immediately tweeted, ‘I’m the least racist person,’” Lemon noted before firing back. “People who aren’t racist don’t have to tweet that they’re not. They prove it in how they act.”

And Trump’s actions are atrociously racist, as Lemon demonstrated.

“That means the president has to answer for a few things,” he said. “Like why he posted 2,200 Facebook ads warning of an invasion at the U.S. border by undocumented immigrants seeking asylum. Classic Trump. He cannot run away from the words we have all heard him use time and time again.”

As President Trump prepares to travel to El Paso to offer his condolences and support to survivors in the wake of a mass shooting, CNN’s @DonLemon explains why the President cannot run away from his rhetoric. https://t.co/CoDDyi0WRL pic.twitter.com/UwPOGU585i

Fox News’ effort to validate the killer’s manifesto is just as disgusting as Trump’s racism, but it also could incite future attacks. If more people are killed as a result of what Kilmeade said, he and the network with have just as much blood on their hands as Trump does.