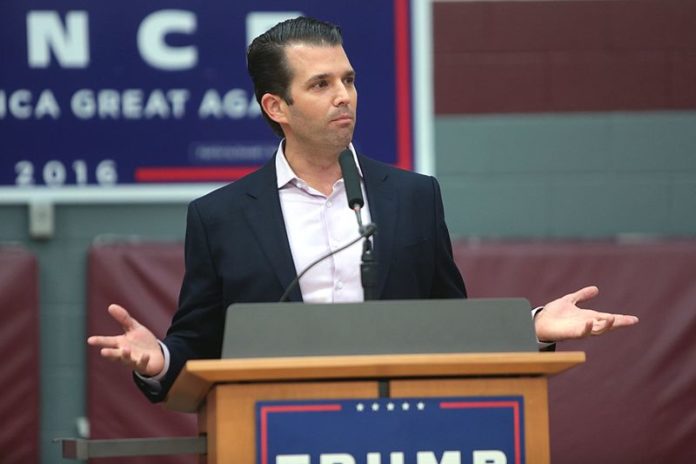 Senate Democrats are going to get a chance to grill Donald Trump Jr. after the Senate Intelligence Committee issued a subpoena for him to testify on Wednesday, marking the first time one of President Trump’s children have been subpoenaed.

Trump Jr. has previously vowed to fight any subpoena from Congress, but he’ll have a hard time getting around this subpoena because it’s from his dad’s own party.

The Republican-led Senate Intelligence Committee has subpoenaed Donald Trump Jr. to answer questions about his previous testimony before Senate investigators in relation to the Russia investigation.

It should be pointed out that Trump Jr. lied to the Senate Judiciary Committee, but considering Trump’s BFF Senator Lindsey Graham (R-S.C.) is in charge there it’s likely he won’t call Junior back in to testify.

But Democrats on the Senate Intelligence Committee could definitely bring it up and ask hard questions about Trump Jr’s activities during the 2016 Election, particularly his Trump Tower meeting with Russians to get dirt on Hillary Clinton and his father’s effort to cover it up.

When asked for comment, a Senate Intelligence Committee spokesperson declined.

“We do not discuss the details of witness engagements with the Committee,” the spokesperson said. “Throughout the investigation, the Committee has reserved the right to recall witnesses for additional testimony as needed, as every witness and witness counsel has been made aware.”

Trump Jr., however, is whining, according to a source close to him.

“Don and Senate Intel agreed from the very beginning that he would appear once to testify before the committee and would remain for as long as it took to answer all of their questions. He did that. We’re not sure why we’re fighting with Republicans,” the source said.

The question is whether Republicans are willing to hold Trump Jr. in contempt to force him to comply, or will they let him flout their authority?