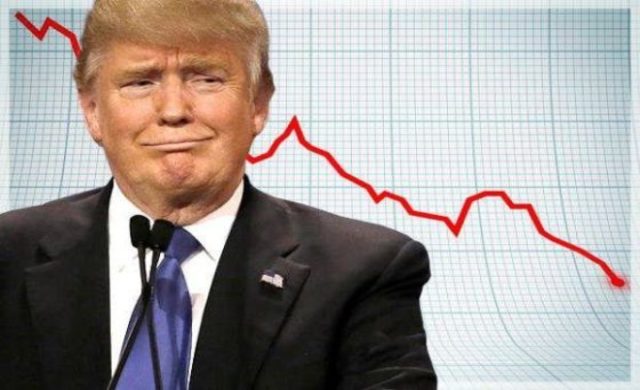 David Stockman served as the budget chief for Ronald Reagan and is warning that Donald Trump is wrecking the American economy, which he says in on the verge of a recession. And Stockman also thinks the coming economic downturn will seal Trump’s political fate.

Appearing on MSNBC Monday morning, Stockman said the U.S. economy is in the final stages of expansion and will soon take a dive:

“He keeps bragging about the greatest economy ever. We’re near the end of a weak, long expansion cycle that’s headed for the next recession.”

When Trump’s talks of a economic boom, Stockman added, he’s kidding himself:

“There’s been no boom. There’s a recession coming. He’s made it worse with the worst tax cut in modern history and a fiscal policy that is truly an abomination.”

Citing a historical precedent that should terrify Trump, Stockman recalled how Richard Nixon was riding high when he was re-elected in 1972, but things turned dark not long after the election:

“Nixon was riding high when he won in ’73. The market dropped by 37% during the next 18 months. In August 1974, they put him on the Dick Nixon memorial helicopter and sent him out of town. I think that’s where things are heading.”

The signs are already present which do indeed suggest a coming recession, USA Today noted in September of last year:

“We’re currently in the second-longest economic expansion of the past 161 years (109 months and counting). The only longer expansion was the 120 months leading up to the dot-com bubble. This would suggest that we’re more than likely closer to the latter stages of our current expansion, based on historical expansion length, than to the middle.

“Though averages alone don’t provide enough concrete evidence that a recession is near, they are another piece of a growing puzzle that implies a recession is closer than you probably realize.”

Trump’s foolish trade war is also causing massive disruptions and added expenses for American corporations, and that too points to an economic slowdown. When that happens, Trump’s current 38-40 percent approval could well crater, reaching 20 percent or lower. If that takes place, Congressional Republicans might finally be ready to cut the scandal-ridden president out of the picture.