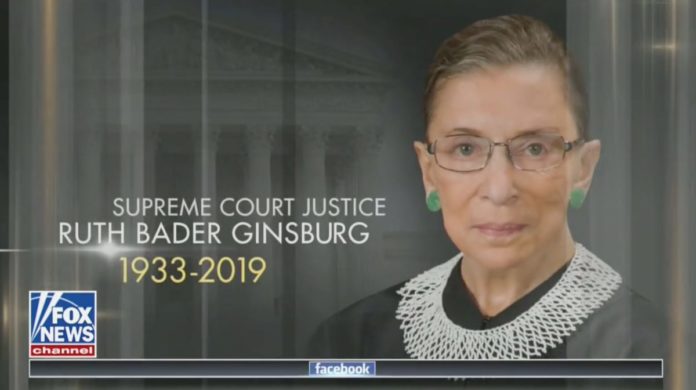 Granted, we’ve known for years that Fox News is little more than a propaganda outlet for the Republicans and the original purveyor of the the fake news long before Donald Trump decided to use that term. But something the network did Monday during a broadcast of the morning program “Fox & Friends” may well be a new low, even for Fox.

Returning from a commercial break, a graphic appeared on the screen with the caption: “Supreme Court Justice Ruth Bader Ginsburg 1933-2019.”

But it wasn’t until later in the show that one of the hosts, Steve Doocy, finally announced:

“We don’t want to make it seem anything other than that was a mistake. It was an accident.”

“This was a technical error that emanated from the graphics team.”

But perhaps the best part of this colossal screw up on the part of Fox was some of the comments their “mistake” generated on Twitter:

Sadly, FUX Noise has been dead since its inception!!! Jackii!

Yeah, someone was wishing out loud. Stupid FOX and friends probably got that Fake News from Biff himself.

As usual, Fox Spews lies, they don’t fact Check anything that would serve the useful idiot’s wishful agendas.

How on Earth do they get away with this Crap? @FoxNews ??? #StopHate ✌🏽 #ShowLove ❤️

Nothing would please the right-wing Trump acolytes more than seeing their orange savior pack the Supreme Court with yet another ultraconservative corporate shill. But RBG is still with us, and she may well last longer than the current resident of the Oval Office, who faces impeachment and indictment in the very near future.