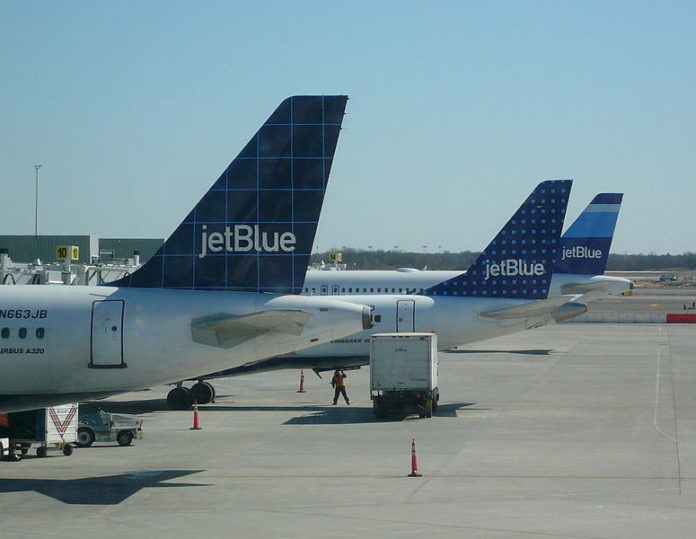 Air travel in the United States could come to a complete halt if President Donald Trump continues to hold the nation hostage through his government shutdown over his demand for wall funding.

The government shutdown has now dragged on past the one month mark with no end in sight as Trump refuses to sign any government funding bill that doesn’t include money for his vanity project on the southern border, a project that will be monumentally expensive and ineffective.

800,000 federal workers have already been furloughed or are working without pay. TSA agents are calling in sick rather than work for free while they have bills to pay, and now airlines could be shut down entirely because because air traffic controllers are reaching their breaking point.

During an appearance on CNN Monday, National Air Traffic Controllers Association representative Dan McCabe and Association of Flight Attendants president Sara Nelson warned that Americans should brace themselves for airports to come to a standstill and blasted the shutdown.

“We know all too well what it means when you have gaps in security,” Nelson began. “The TSA was created after 9/11, when I lost my friends, our country shut down, airplanes stopped flying, and we had a massive economic impact from that.”

Indeed, TSA is stretched thin as call outs have doubled from last year because of the shutdown, making it more likely that a terrorist could slip through security.

“When you’re standing outside and you are suddenly hit with a thunderstorm, you do not wait and negotiate in that thunderstorm and wait for lightning to strike,” Nelson continued. “You get out of the way and then you talk about where you’re going to go next. They need to reopen the government, stop holding all of us hostage and putting our safety and security in jeopardy.”

It certainly appears she is talking about Trump since he’s the one using the shutdown as a negotiation tactic while Democrats are urging an end to the shutdown before negotiating on border security because a shutdown should never be a negotiating tactic.

McCabe chimed in by warning his people are close to walking off the job, which would affect aviation safety.

“There’s no gauge as to where someone’s breaking point is at,” he said. “Is it one paycheck, is it two paychecks, is it four paychecks? My biggest fear is that as people reach their breaking point that they’ll begin to quit.”

“The economic impact to the country at that point is terrible,” he continued. “Let alone having controllers that are already in a stressful job come to work, not well rested, not on their “A” game, and it’s introducing unmitigated risk into a system that’s risk-averse.”

Nelson then criticized Trump for insulting federal workers by thanking them for working for free.

“Federal workers cannot cash ‘thank yous,’” she said. “They can’t even put a tank of gas in their car to get to work. As this starts to crumble and unravel, we’re going to see mass flight cancellations, we’re going to see a system that completely unravels and falls apart.”

Trump made the shutdown about himself in that same tweet, admitting that it’s about him winning, not border security or a crisis.

“We are days away when the planes stop flying,” Nelson concluded. “Our members’ jobs are hurt but packages don’t get to trucks that get loaded on those trucks and get to our communities, and medicines don’t get to the hospitals to treat people in those hospitals. No one is going to get away from this unscathed.”

“They need to reopen the government, stop holding us hostage,” says @FlyingWithSara, Intl. President, Assn. of Flight Attendants, adding that the government shutdown is “putting our safety and security in jeopardy.” https://t.co/lWcfq9B4HI pic.twitter.com/V9AeSu19rm

In short, Trump is creating a true national emergency that will reverberate chaotically for months, maybe even years to come if he doesn’t end his pursuit of a wall. Our nation is being put in jeopardy because of Trump’s ego and his petulant desire to win at any cost. That should come back to bite him on the ass in 2020 since most Americans already blame him for the government shutdown, and the number will only grow when more Americans are affected by it.