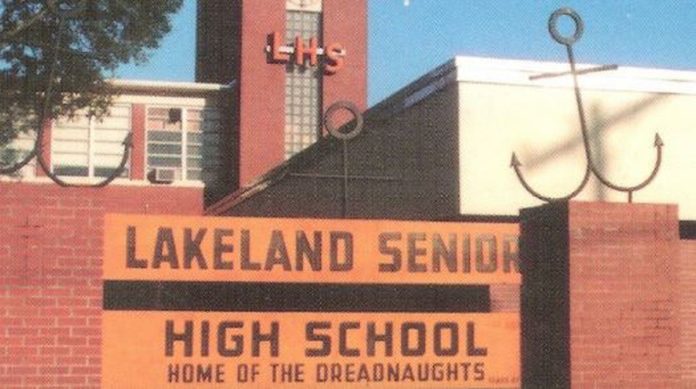 A Florida high school teacher has been placed on administrative leave, taken into custody, and transported to a mental health facility after he allegedly told students that if he were a school shooter, he would “have a 1,000-person body count and be a hero,” according to the Lakeland Ledger:

Lakeland High School math teacher Keith Cook allegedly told his students that if he were an active shooter at the school, “he would be the best school shooter because he would plant (improvised explosive devices) … fire a couple of rounds and wait for everyone to hide, then press a button, and boom everyone would die.”

“He said he would have a 1,000-person body count and be a hero,” Lakeland Police Det. Justin Conatser wrote in a petition for a risk protection order filed with the Polk County Clerk of Courts on Monday. Cook, 51, was taken into custody Monday under Florida’s Baker Act and transported to Peace River Center, a mental health facility in Lakeland.

Cook is a former U.S. Marine and was asked by Conatser why he would make such a remark. The teacher allegedly responded that is was a joke and he would not want that to happen, leading the detective to tell him that a teacher should “be looked at as the person who will protect the students and not make them question whether their teacher is looking to harm them.”

The teacher’s car and home were searched by police, but no weapons were found.

“He said he would personally place a bomb in the corner the students were in … He (went) on to elaborate that he would put nails in the bomb to get everyone in the class.”

“Parents and students should be assured that we take any potential threat against our students and schools seriously. Student safety is — and always will be — paramount within our school district.”