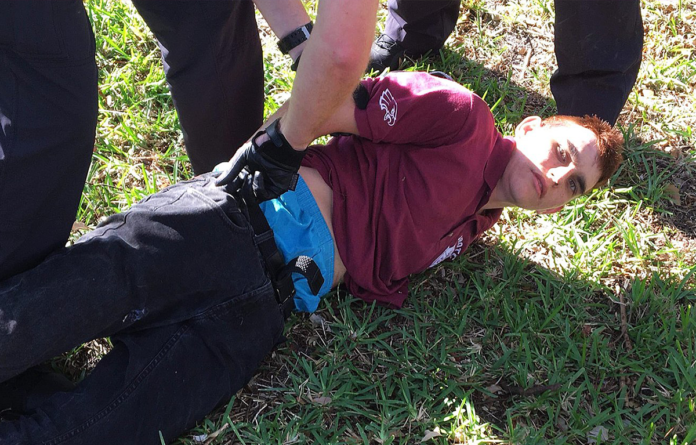 Journalists at the Sun Sentinel in South Florida have exposed a state-wide problem that has allowed Florida schools to cover up crimes by students, school employees, and people visiting schools. The journalists started to raise concerns after the mass shooting at Marjory Stoneman Douglas High School on Valentine’s Day. They found that many Florida schools were painting a rosy picture and fudging reports of crimes. They may have submitted false flattering pictures of their schools in annual reports submitted since 1995.

“Just like many cities under-report hate crimes because they don’t want to be the city with the most, schools and school boards don’t want their schools to be seen as unsafe,” said Kendrick Meek, a former U.S. congressman who served on a state committee studying school safety issues after the Columbine massacre.

There were generally no consequences for lying about incidents of rape, guns on school campuses, and other serious crimes. So it appears the schools may have purposefully avoided reporting crimes so that they could continue to attract parents, their kids, and businesses into their communities. In so doing, the misleading reports prevented the state from accurately accessing or responding to the safety needs of the schools.

“If you’re having a problem at a school, it doesn’t get solved by painting a rosy picture and saying that it’s something other than what it is,” said Gualtieri.

“In fact, it just makes the problem worse. It exacerbates it because you’re not solving it.”

It also appears the schools were enabled to turn in false reports by the state since they faced no penalty.

“The state largely takes the districts at their word, and state law provides no penalties for administrators who allow the lies to continue.”

“Several districts pledged to change their ways only when confronted by journalists.”

Furthermore, the schools managed to whitewash the crime reports since student privacy laws keep perpetrators’ names out of the news.

“It’s easy for school districts to keep crimes out of public view because of state and federal laws that protect student privacy. Discipline records are exempt from public disclosure, and state law prohibits police from releasing the names of juveniles in criminal reports.”

The worst part is that the falsified reports prevent experts from working to address and improve school safety.

“Parents don’t know what they don’t know, and nobody is rushing to tell them,” said Trump.

“The only way we can identify patterns and trends of school violence, and then develop targeted prevention and intervention strategies, is to first identify the problem with accurate and honest data,” he continued.

Who's to blame for Parkland school shooting? Nine months later, no one held accountable https://t.co/wq4edPLYSZ

In January 2017, The Sun Sentinel also analyzed Florida school district reports when they claimed that reports of bullying were down by half as many incidents since 2015. They found that three-quarters of all South Florida public schools reported no incidences of bullying at all. The reports raised eyebrows with skeptics, experts, and anti-bullying organizations.

“According to the National Center for Education Statistics, about 22 percent of kids get bullied at school. But Florida schools reported that only 0.1 percent of state students do.”

In light of the Sentinel’s recent findings, it would appear the reports may actually have been intentionally falsified. A the time, journalists questioned if the data was due to kids being too afraid to report bullying incidents.

In November the Sentinel journalists revealed that the Marjory Stoneman Douglas High School district had launched a “persistent effort to keep people from finding out what went wrong” the day of the mass shooting that left 17 people dead. They claim the school district paid public relations consultants nearly $200,000 to advise the schools to “clam up.” As it turns out, they knew much more than they let on about the disturbed former student, Nikolas Cruz, who went on the shooting rampage on February 14, 2018.

“For months, Broward schools delayed or withheld records, refused to publicly assess the role of employees, spread misinformation and even sought to jail reporters who published the truth.”

Thanks to reporting by the journalists, the problem is now receiving scrutiny, and some schools are pledging to correct the glaring problem. The head of the Stoneman Douglas commission, Gualtieri, is about to release a new report with recommendations for how to protect schools from more shooting in Florida.

The Sun Sentinel suggests one solution may be to force the school districts to provide accurate reports by giving the Department of Education the authority to enforce the state law.

Of course, this is just one state in the country and raises questions about how accurate crime reports are in school districts across the country.

For more on the background of Bob Gualtieri, see his response to the Reverend Al Sharpton below: