The United States Blues
Home Politics Congress Next phase of impeachment inquiry will focus on evidence from the Mueller... 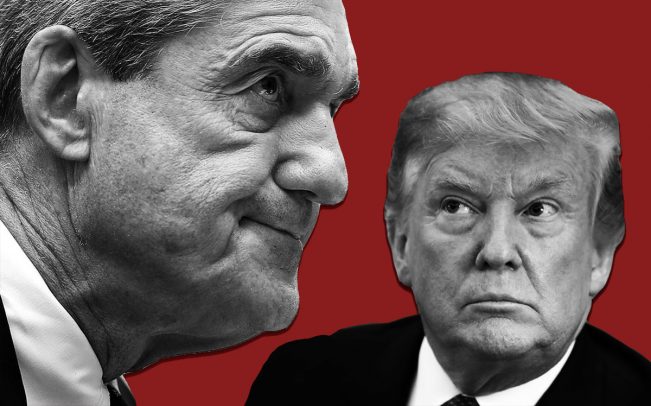 While the focus of public congressional hearings on the possible impeachment of President Donald Trump has been on Ukraine so far, Russia will again take center stage after Thanksgiving, according to Politico:

Now that House Democrats have wrapped up public hearings on President Donald Trump’s pressure campaign to get Ukraine to launch politically advantageous investigations, there are plans to hold at least one public impeachment hearing on Trump’s misdeeds as alleged in the special counsel’s report.

It’s a gathering that could fuel articles of impeachment beyond those tied to the Ukraine controversy. Democrats say they have new Mueller-related fodder after Roger Stone’s recent trial raised questions about whether Trump provided false statements to the special counsel’s team. And the hearing could even feature a star witness — former White House counsel Don McGahn. A judge is set to rule in the coming days on whether McGahn must comply with a House subpoena.

Another look at evidence uncovered by former Special Counsel Robert Mueller could prove especially damaging to Trump if it can be proven the president committed impeachable offenses in regard to Mueller’s investigation, which looked at Russian interference in the 2016 election and possible coordination with the Trump campaign, including Donald Trump and members of his immediate family:

New evidence and testimony showed Trump and his campaign aides knew more about WikiLeaks’ plans during the 2016 presidential race then they have let on. That includes three Trump-Stone phone calls around the time that Julian Assange’s document dumps were damaging the Hillary Clinton campaign.

Stone, a longtime friend and adviser to Trump, was recently convicted on seven federal charges and faces decades in prison when he’s sentenced early next year.

Written responses Trump submitted to Mueller’s team of investigators could prove especially damaging to the president as it appears he lied under oath in what he told the special counsel:

“I do not recall discussing WikiLeaks with [Stone], nor do I recall being aware of Mr. Stone having discussed WikiLeaks with individuals associated with my campaign,” Trump wrote.

But during Stone’s trial, it was made clear that Trump was indeed aware of the Stone-WikiLeaks connection.

House Democrats are also awaiting a ruling from a federal judge on whether or not former White House counsel Don McGahn must testify before the impeachment committee. That decision could come as soon as early next week, Politico reports.

Also, hearings on Trump and his possible connections to Russia and the Russian attack on the 2016 election could also call into question the legitimacy of Trump’s election and prove politically toxic as he seeks a second term in office.