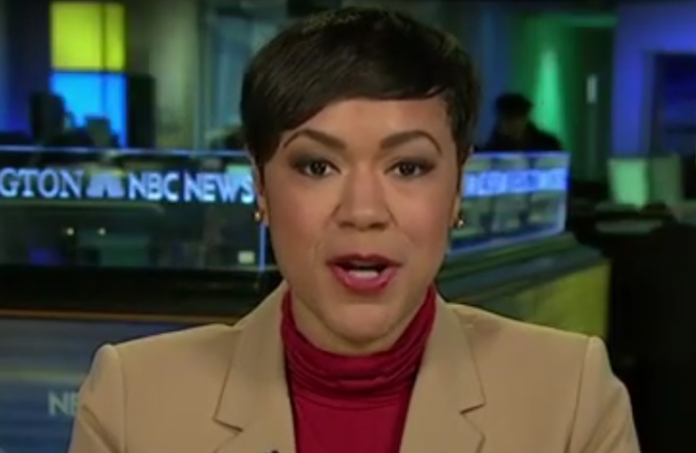 President Donald Trump’s lies about immigration and his wall drew brutal condemnation from journalist Tiffany Cross on MSNBC Sunday as she leveled him and the ignorant Fox News hosts and Trump supporters who buy the bullsh*t he is peddling.

During the State of the Union address, Trump claimed that a wall made El Paso, Texas one of the safest cities on the border and in the entire United States, and his claim has been repeated frequently on Fox News. Only it’s wrong.

It turns out that crime decreased for many years in El Paso prior to construction of a border barrier in 2008. If anything, crime slightly increased AFTER the barrier was erected. The city was never considered one of the “most dangerous cities” and has always been considered a safe city in which to live.

Furthermore, the sheriff of El Paso and the mayor, a Democrat and a Republican respectively, have both refuted Trump’s claims.

But Trump and his propaganda network Fox News continue to repeat the falsehoods, and Trump intends to hold a rally in El Paso to promote his wall.

MSNBC host Joy Reid pointed out the facts during her show before turning to Cross for further analysis.

“You’ve been a guest on Fox News,” Reid began. “How does that Earth keep up the fiction of violence when even the sheriff — they can’t even go to a live shot with the sheriff to back to back up their claims?”

“Yeah, I’ve been on Fox News before and the problem is he is going on with a half-witted host who has an audience full of half-witted people who have no interest in truth or facts,” Cross replied before laying the smackdown on Trump’s supporters. “The real national emergency here is, Joy, a sea full if ignorant red MAGA hats who have no type of intellectual curiosity about any of these things.”

As border security talks collapse in Congress because Trump and the Republicans refuse to give up on his ineffective and expensive border wall instead of focusing on increasing personnel and technology, it’s more likely we’re headed for yet another government shutdown. Or worse, Trump will declare a national emergency and spark a constitutional crisis because he isn’t getting his way.

And even that can be blamed on Fox News since various hosts are pushing Trump to do it because they only care about absolute power and owning the liberals. But if Trump does it, Republicans can kiss their political futures goodbye because Americans oppose the wall and the backlash for trying to build it anyway will bury them in 2020.