The United States Blues
Home News Trump tries to make fun of Amy Klobuchar and winds up getting... 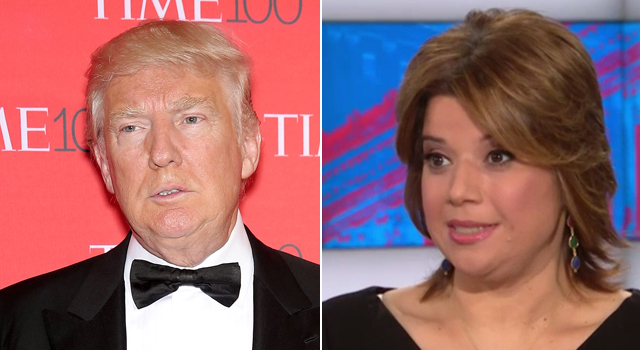 On Sunday, Minnesota Democratic Senator Amy Klobuchar announced that she would officially be a candidate for the 2020 Democratic presidential nomination.

As if often does this time of year in Minnesota, it was snowing when Klobuchar made her announcement and since she was speaking outdoors the snow was quite visible. Take a look:

As he often does, President Donald Trump couldn’t resist trying to upstage Klobuchar while simultaneously proving he doesn’t know the difference between global warming and climate change:

Well, it happened again. Amy Klobuchar announced that she is running for President, talking proudly of fighting global warming while standing in a virtual blizzard of snow, ice and freezing temperatures. Bad timing. By the end of her speech she looked like a Snowman(woman)!

Trump’s snarky tweet led CNN commentator Ana Navarro to respond to Trump with her own reminder that he refused to go out in the rain while in France for a World War I memorial last year:

@realDonaldTrump, dude, you were so afraid to get your hair wet, you skipped out on a planned visit to a US cemetery in France. Maybe, just maybe, going at @amyklobuchar for braving a snowstorm, is not the smartest line of attack. https://t.co/u4tFIf2yK1

And that was just the tip of the iceberg (if you’ll forgive the expression), because Twitter soon lit up with scorn for the man who probably takes hours combing that rat’s nest that sits atop his skull:

How many times do we have to explain to you that global warming causes extremes of weather?
You are such an embarrassment to this country.
The whole world just points and laughs.

Even 11 year olds understand an overall warming of the planet does not mean cold weather won’t happen. In fact, it destabilises weather patterns and makes freak weather at both ends of the spectrum more likely. You are too stupid to be president.

At least Klobuchar has the courage to stand in snow like a normal human being.

You, Oh Strange and Cowardly One, have cancelled events because of raindrops and a fear of your hair getting ruined (which makes NO sense, because, well, your hair).

Maybe sit this one out, too.

Klobuchar even joined the fun:

Science is on my side, @realDonaldTrump. Looking forward to debating you about climate change (and many other issues). And I wonder how your hair would fare in a blizzard? ☃️