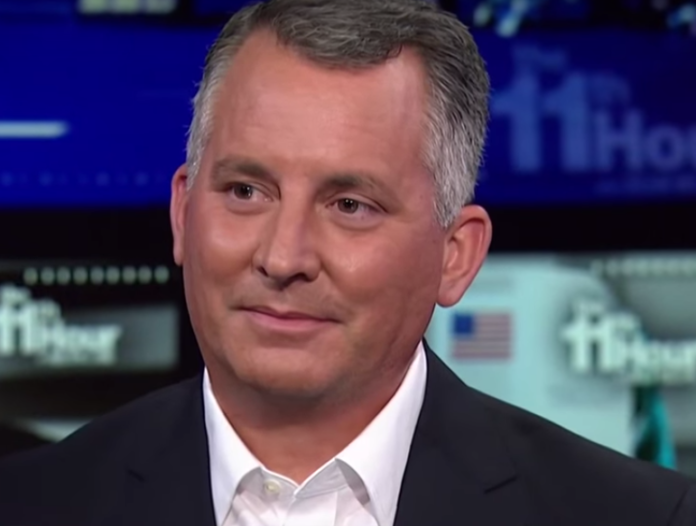 Republicans are in for a real disappointment next Tuesday night if they believe voters are going to deliver a “red wave” on Election Day. Because if Florida is any indication, many Republicans are voting Democratic to rebuke President Donald Trump. Just ask former GOP Rep. David Jolly.

The Florida Gubernatorial race has become a symbol of the resistance versus Trumpism as Trump-backed racist Ron DeSantis is fighting for political survival against popular Democrat Andrew Gillum.

So far, Gillum leads the race in the polls as November 6th nears, a sign that Florida is about to turn blue and touch off a blue wave that would give Democrats the majority in Congress and control of a crucial state ahead of the next presidential election in 2020.

And, amazingly enough, Republicans are helping by casting their votes for Democrats.

Earlier this week, Republican strategist Ana Navarro warned that Trump’s involvement in the Florida race would backfire after he launched racist attacks against Gillum.

It turns out that she is right. The race is as much a referendum on Trump as it a referendum against racism and hate.

Former Republican Rep. David Jolly told the Tampa Bay Times that he not only voted for Gillum, he knows other Republicans who are doing the same.

“I’ve spoken to Republican voters who under-voted in the 2016 presidential race because they couldn’t bring themselves to vote for Hillary Clinton,” he said. “But this go-round, they’re bringing themselves to vote for Andrew Gillum. There’s a break-it-so-it-can-be-rebuilt element. I also really think it’s just a plain rejection of all things Donald Trump and his surrogates. I’ve turned in my ballot. I voted for Andrew Gillum. The reason is simple: it’s because I’ve served with Ron DeSantis.”

That really says it all right there, but longtime Republican consultant added that many Republicans are also voting for Democrats up and down the ballot.

“There’s a category of Republicans who I’ll call the burn-it-down folks,” Mac Stipanovich said. “They think that the only thing that can change the momentum that is Trump and Trumpism is defeat. Massive, bitter defeat. And they’re voting straight Democrat tickets.”

That does not bode well for Trump or his Republican Party this election.