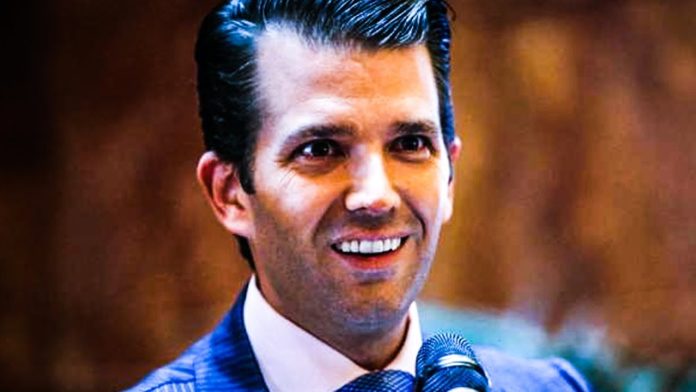 The 2018 midterm election is now just six days away, but apparently someone forgot to tell Donald Trump Jr. that the voting will be held on November 6.

Junior took to Twitter with a video he made standing alongside former Fox Host Kimberly Guilfoyle, urging Republicans to get out and vote “in 7 DAYS.” Since the tweet was dated on October 31, seven days would be the day after the election. 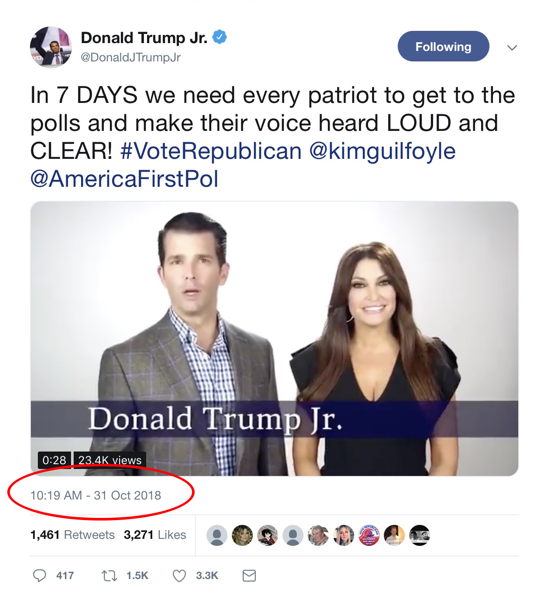 Poor Fredo Trump. He so desperately wants to be helpful to daddy, but he can’t even read a calendar. Tragic, isn’t it?

You got this wrong last year also…

Yes! In seven days. Next Wednesday. That’s #MAGA voting day. Don’t be like the Dems!

Agreed! The election is in 7 days there conservatives. See you at the ballot box 7 days from now! Great job JR! #VoteThemOut2018

This is the second time in two years that Junior has screwed up the date of an election when encouraging Republicans to get out and vote. Back in November, he also weighed in via Twitter on the Virginia gubernatorial race:

Let’s take @EdWGillespie across the finish line tomorrow! Virginia: get out and vote for Ed & entire @GOP ticket #VAGov #VA

Problem is, that tweet was sent on the day of the election, making “tomorrow” a day too late for casting a ballot.

In Junior’s defense, it’s not easy being semi-literate when your father is Donald Trump.