The United States Blues
Home National News Former head of the U.S. Office of Government Ethics lists all the... 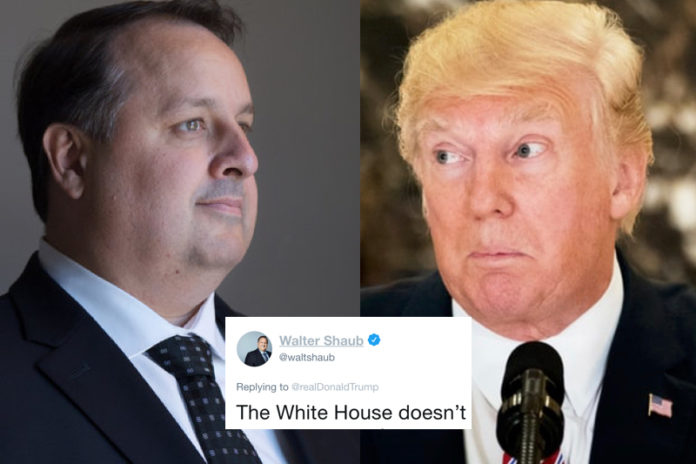 Walter Shaub, the former head of the U.S. Office of Government Ethics, has been warning since President Donald Trump took office that this administration is the most corrupt and ethically-challenged in history, and now he’s listing all of the many crimes and conflicts of interest that have been committed by Trump and his associates.

HuffPost reports that Shaub is also warning the threat caused by Trump’s unwillingness to follow the same laws that all of us are subject to:

In a 14-tweet thread, Shaub detailed the “signs” that should be noticed from Trump’s time in the White House ― from the president’s 10,000+ lies since his inauguration to his controversial declaration of a national emergency in a bid to secure funds for his proposed wall on the U.S.-Mexico border.

Shaub has previously warned that the White House is currently suffering an “ethics crisis” that could make the U.S. look like “a kleptocracy.”

Here’s some highlights from the Shaub’s Twitter thread, which reads like the rap sheet for a mob boss:

Heed the signs and don’t underestimate the threat to our republic from within:

-White House ignores congressional subpoenas, document requests
-Mnuchin is violating a law on turning over taxes to House
-Barr & Senate allies want to investigate officials who investigated Trump to retaliate against them and deter future efforts to hold him to the rule of law

-State Dept is setting up a commission to supplant human rights with “natural law”
-An Inspector General found standing room only in border detention cells, with detainees standing on toilets to breathe
-children stolen from parents at the border are dying in internment camps

There is no longer any doubt that Donald Trump has indeed committed high crimes and misdemeanors. He’s a threat to the very pillars of democracy this country was founded on. He must be removed from office and his crimes must be exposed for all to see.