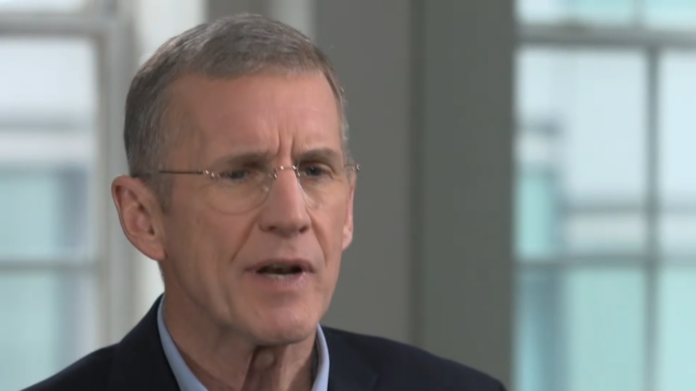 A four star Army general who served as the top commander of U.S. and international forces in Afghanistan said Sunday that he considers President Donald Trump to be “immoral” and a liar.

Retired Gen. Stanley McChrystal told ABC News host Martha Raddatz that if he were asked to join the Trump administration, he would refuse the offer:

Asked if he considered Trump to be a liar, the general replied:

“I don’t think he tells the truth.”

Is Trump immoral? Raddatz asked. To that, McChrystal responded:

Raddatz also wondered what McChrystal would said to those who support the current president. He told her:

“What I would ask every American to do is stand in front of that mirror and say, ‘What are we about? Am I really willing to throw away or ignore some of the things that people do that are — are pretty unacceptable normally just because they accomplish certain other things that we might like?’

“If we want to be governed by someone we wouldn’t do a business deal with because their — their background is so shady, if we’re willing to do that, then that’s in conflict with who I think we are. And so I think it’s necessary at those times to take a stand.”

McChrystal was also asked about the resignation of former Defense Secretary James Mattis, who resigned to protest Trump’s decision to withdraw American forces from Syria and Afghanistan. The general responded:

“I think maybe it causes the American people to take pause and say, wait a minute, if we have someone who is as selfless and as committed as Jim Mattis resign his position, walking away from all the responsibility he feels for every service member in our forces and he does so in a public way like that, we ought to stop and say, ‘OK, why did he do it?'”

Clearly, while Trump tries to pretend that he’s supported by members of the military, a man as accomplished as General McChrystal has no use for the draft dodging head of state. That alone should tell us all we need to know about the current resident of the White House.

Here’s the interview with General McChrystal: