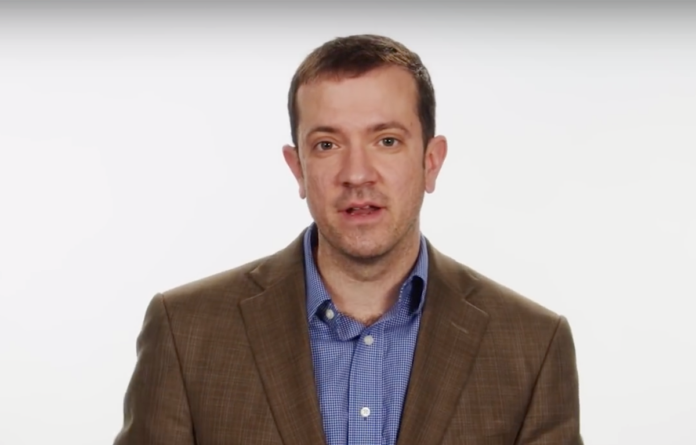 In the Atlantic, Verret describes how he became a pragmatist about Trump and has now become an advocate for impeachment. He calls out Republicans who remain complicit and suggest that many others may be undergoing a “transition” as they face the findings from Mueller’s report. More Republicans may abandon blind party loyalty if they are exposed to impeachment hearings, just as in the Nixon era.

Finished a second read through the Mueller Report. I don’t say this lightly, as a life long Republican, former R Hill staffer, and someone who has worked on every R campaign and pre-transition team for the last ten years. There is enough here to begin impeachment proceedings.

“I wanted to share my experience transitioning from Trump team member to pragmatist about Trump to advocate for his impeachment, because I think many other Republicans are starting a similar transition. Politics is a team sport, and if you actively work within a political party, there is some expectation that you will follow orders and rally behind the leader, even when you disagree. There is a point, though, at which that expectation turns from a mix of loyalty and pragmatism into something more sinister, a blind devotion that serves to enable criminal conduct,” wrote Verret.

Having read the Mueller report, Verret had to acknowledge “roughly a dozen separate instances of obstruction of justice.” It was a tipping point. Rather than exonerating the President, as Attorney General William Barr suggested in his press briefing, Mueller laid out clear evidence and a roadmap for Congress.

“The Mueller report was that tipping point for me, and it should be for Republican and independent voters, and for Republicans in Congress,” wrote Verret.

“In the face of a Department of Justice policy that prohibited him from indicting a sitting president, Mueller drafted what any reasonable reader would see as a referral to Congress to commence impeachment hearings.”

Although the redacted Mueller report could not bring charges for a conspiracy to take the White House with help from Russia, Verret points out that Trump’s “elaborate pattern of obstruction” impeded the investigations. Now the legislative branch needs to take up its Constitutional duty to check the president and serve the people’s will to investigate further.

Public hearings that result from impeachment would shift public opinion and possibly embolden Republicans in Congress to take a stance – one that is not filtered through partisan loyalty but to a vision of what the Republican party should stand for in a “post-Trump apocalypse.”

Hey, we are at 2.2 million views! Retweet if you agree Trump should be impeached! I’m going out on a limb here as a life long Republican DC operative and law professor at Scalia Law School, but I think we can catch the eye of many if we continue to build momentum!

Although conventional wisdom in Washington D.C. holds that impeachment would only give Trump momentum to win in 2020, that wisdom is partly based on the impeachment of President Bill Clinton. The case against Trump is far more serious and there is much more the House can uncover through hearings.

According to Salon, a new poll suggests that it’s only Trump’s core supporters who are ruling out impeachment today.

“Special Counsel Robert Mueller’s report lays out a powerful case for obstruction of justice for at least four different categories of acts, with potentially strong cases in several others. Moreover, Trump has already been implicated in court in criminal campaign finance violations, which may itself give rise to additional charges. Mueller’s investigation also led to numerous still-redacted related investigations, and we know Trump’s conduct in other arenas is being probed by various investigatory bodies.

So if the House begins impeachment hearings, there will be a lot to cover and uncover. And while a plurality of voters oppose impeachment, according to a new poll from HuffPost and YouGov, there is a lot of malleability in the numbers.”

Are voters are much more open to impeachment than we think? Here's what a new poll tells us https://t.co/ga52Rd8jcF

Exposing the Trump presidency to hearings like those during the Nixon administration may shift public opinion and force those still showing blind loyalty to Trump to take in and admit the facts. It’s a path to redemption for the Republican party and a chance to strengthen American democracy.

It’s worth remembering how public opinion changed on Nixon’s impeachment.

A month into the Ervin Committee hearings, the percentage supporting Nixon's removal was still down in the teens.