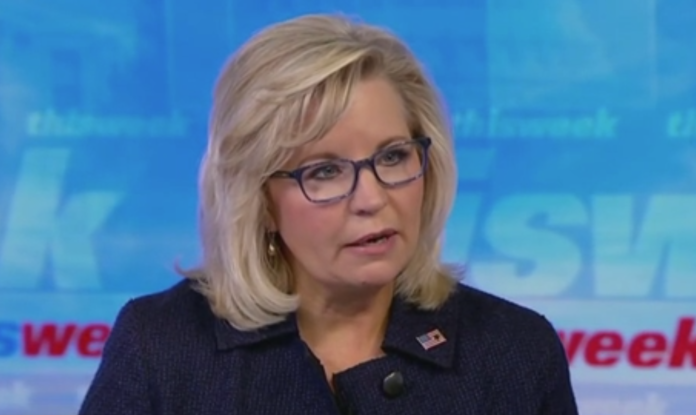 Rep. Liz Cheney (R-WY) appeared on the ABC weekly news show “This Week” Sunday and did little more than spout White House talking points on the issues of North Korea and Iran, leading to Cheney getting a major slap down online from former U.S. Attorney Preet Bharara.

Cheney added that she fully supported the saber rattling Trump has been aiming in the direction of the Iranians:

“There’s no question but that this threat. It’s very important for the Iranians to understand that we’ll do what’s necessary to deter them from attacking us through our interests and we’ll do what’s necessary to make sure that they understand we aren’t simply going to sit back and allow them to take action that will put our people in harm’s way. I think the president is doing exactly the right thing and I support the actions.”

Cheney’s blind obedience to the president earned her widespread ridicule on Twitter, including from Bharaha. Take a look:

Watching an interview with Liz Cheney of all people, this lady is defending the president in all of his actions. Her father halliburton made millions and millions if not billions of dollars during the Iraq war, then shot somebody. She’s as crazy as her father !!!!!?

After watching @Liz_Cheney on This Week.
On every question she bowed down to Trump. She used old GOP talking points. Not one independent thought.
She couldn’t even bring herself to say, it would be wrong to pardon war criminals.
Disgusting display of a sycophant congress member.

I never realized Liz Cheney was such a partisan hack who spouts nothing but Trump talking points. I’m disappointed. #thisweek

Elected officials keep making casual, ignorant, idiotic accusations of “treason.” Trump does it. Just saw Liz Cheney do it. Read the Constitution and knock it the hell off.

Watching bloodless Liz Cheney interviewed on @ThisWeekABC it’s easy to see how she turned on her own sister. Ambition over principles, over truth. One of the most ruthless of the GOP.

Here’s the “This Week” interview with Cheney, which begins at the 9:51 mark: