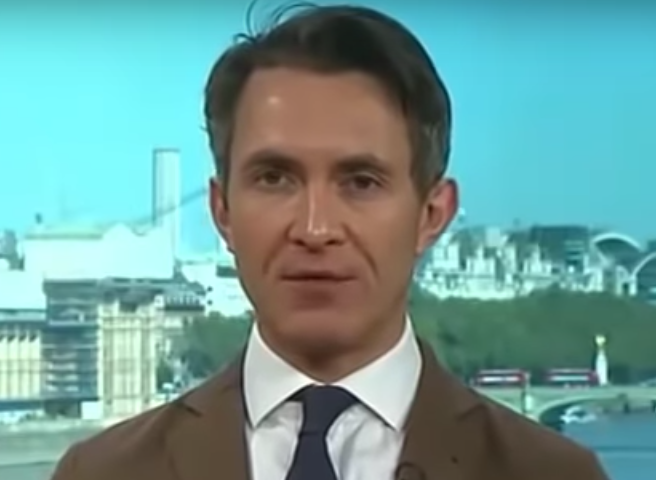 Fox & Friends, President Donald Trump’s favorite show on Fox News, played host to a guest who holds white nationalist views on Thursday and refused to challenge him as he pushed those views.

Douglas Murray is a British anti-immigrant bigot who cannot push his views in Europe without being challenged on the air. But he found a sanctuary for his hate on Fox & Friends this week when he was interviewed by host Ainsley Earhardt, who allowed Murray to claim that “common sense” racist views are now “hate crimes.”

“You say that ‘liberal wokeness’ turned beliefs that once seemed like common sense into hate crimes,” Earhardt said. “What used to be considered common sense that’s now a hate crime, in your opinion?”

Murray claimed that women, people of color and the LGBT community have all gained enough rights and equality and that they don’t need any more even though all three groups continue to deal with vast inequality every day and are constantly at risk of having rights taken away from them.

“Well, we have been through a period in America and the rest of the West in recent decades where we have amazing rights attainments, amazing set of things,” Murray said. “Racial equality, equality for women, equality for sexual minorities, and it’s almost as if, in recent years, we haven’t been able to cope with the idea of getting to equality. We’ve raced back past that.”

In short, Murray says these groups should be happy with the rights and equality that white men have granted them. He then complained that seeking these rights is somehow hurting white people and accused these groups of politicizing equality issues.

“This is all like seeing a train pulling into its desired destination and getting ahead of steam and shooting off down the tracks scattering people in its wake,” he said. “Because all of the time these days there are culture wars being fought over all of these issues — over LGBT issues, over relations between sexes, over racial issues. It’s never been better than this. We are portraying things as if it’s never been worse. All of these identity issues are being weaponized for I think purely political purposes.”

On Fox & Friends, Ainsley Earhardt and her guest discuss “what used to be considered common sense that’s now a hate crime.” pic.twitter.com/1s0eZ5hw1N

White men are not being oppressed by the fight for civil and equal rights. Conservatives like Murray are only complaining because they can’t hate and discriminate against people like they used to be able to do. Our society is changing and they are the ones who can’t handle increasing equality. And Fox & Friends should be ashamed of themselves for letting Murray play the victim, especially since we all know Trump is just going to repeat it and use Murray’s words to justify his own white nationalist agenda.