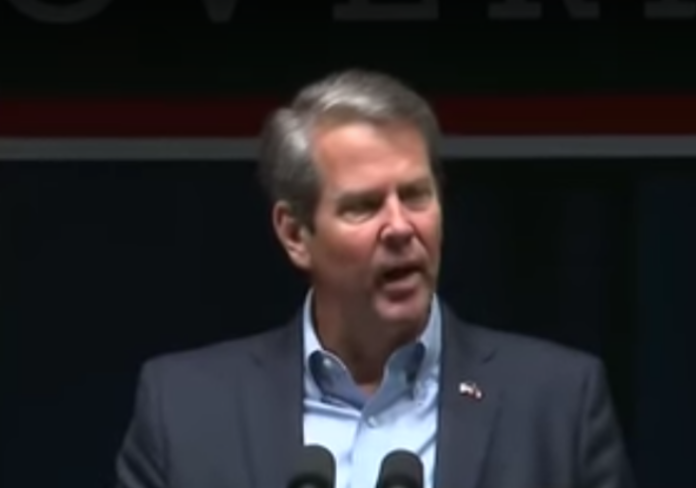 Georgia Democrats are outraged after Georgia Secretary of State Brian Kemp accused them of hacking the voter registration system and launched an investigation in what appears to be a desperation play as Election Day nears in his tight gubernatorial race with Stacey Abrams.

Kemp is currently clinging to a one point lead in the race to be the state’s next governor, which is why he has repeatedly abused his power by purging thousands of voters and making it harder for African-Americans to vote.

And now, as early voting and voter registration skyrocket in the final stretch of the campaign, he is resorting to yet another dirty trick.

Someone allegedly tried to hack the voter registration system this week, so Kemp decided to accuse the Georgia Democratic Party of the crime and opened an investigation, which should really be characterized as a witch hunt.

“While we cannot comment on the specifics of an ongoing investigation, I can confirm that the Democratic Party of Georgia is under investigation for possible cyber crimes,” press secretary Candice Broce said in a statement “We can also confirm that no personal data was breached and our system remains secure.”

Kemp’s office offered zero evidence that Democrats are the perpetrators, nor did he apparently consider any other suspects. For all we know, the Georgia Republican Party could be the culprit. Or how about the Russians? After all, they have already demonstrated that they can hack our elections. Or it could be a fake breach used by Kemp to excuse a witch hunt against Democrats to help him win the governor’s mansion.

“This political stunt from Kemp just days before the election is yet another example of why he cannot be trusted and should not be overseeing an election in which he is also a candidate for governor,” a Democratic Party official said.

During an appearance on CNN Sunday, Stacey Abrams, who just received a major endorsement from legendary civil rights activist Myrlie Evers-Williams and has the support of celebrities such as Will Farrell and Oprah, weighed in on Kemp’s new scheme.

“I’ve heard nothing about it, and my reaction would be that this is a desperate attempt on the part of my opponent to distract people from the fact that two different federal judges found him derelict in his duties and have forced him to accept absentee ballots to be counted and those who are being held captive by the exact match system to be allowed to vote,” she told Jake Tapper. “He is desperate to turn the conversation away from his failures, from his refusal to honor his commitments and from the fact that he’s part of a nationwide system of voter suppression that will not work in this election because we’re going to outwork him, we’re going to out vote him and we’re going to win.”

Republicans are clearly so scared of losing power in Georgia, to a black woman no less, that they are abusing their power to suppress the vote and are launching frivolous investigations meant to persecute the opposing political party. It’s no coincidence that this is happening just days before an election after a judge ordered Kemp to count absentee ballots and halt his voter purge.

Kemp, as Secretary of State, is in charge of Georgia elections. And he should be forced to resign that role if he wants to run for higher office. There’s a clear conflict of interest here and Kemp is demonstrating that every day.

ABOUT US
Lefties, Liberals, Progressives, Social Justice Warriors, Old Hippies, Concerned Millenials, Reformed Republicans and Democrats of Whatever Stripe – Welcome Home! We offer aggregated news – which means our writers credibly source and report on the news of the day. In all fairness, our team leans left and may editorialize from time to time but we are committed to giving you the facts. No tin-foil hat conspiracy theories here! Our Activism Resource Database is second to none and covers the spectrum from Animal Rights to World Peace (there were no categories that begin with Z). We make every effort to give you the most current information on ways you can make a difference. Whether you are an Armchair Activist or Full-Blown Social Justice Warrior we have something for you.
Contact us: ad[email protected]
FOLLOW US
© 2019 TheUnitedStatesBlues.com
This website uses cookies to ensure you get the best experience on our website. Learn more.