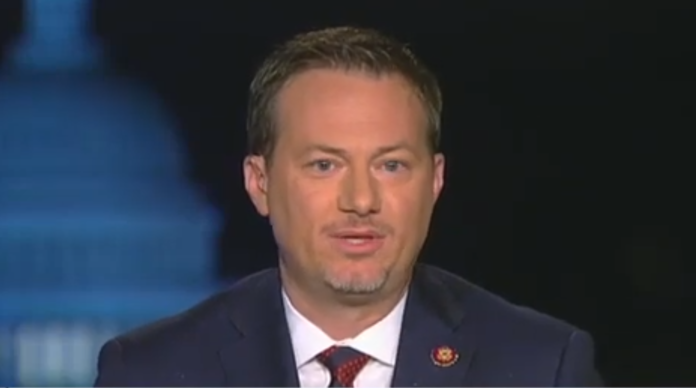 A Texas Republican said Wednesday on Fox News that the vast majority of those seeking asylum in the United States don’t have legitimate claims of political persecution and should be immediately sent back to their country of origin.

Rep. Michael Cloud used a mixture of incorrect statistics and utter lack of comprehension when he appeared on Fox, remarking:

“Eighty percent, 90% are not true asylum cases. The whole point of asylum is fleeing political persecution. We have compassion for those people looking for a better life. [But] that is not what asylum laws are for.”

As ThinkProgress notes, Cloud is spouting off nonsense that first came from the mouth of former Attorney General Jeff Sessions:

The 80% number appears to be a reference to a debunked argument by former Attorney General Jeff Sessions. Based on 2017 immigration court statistics that showed 20.22% of asylum claims were approved that year, Sessions deduced that this meant about 80% were without “merit.”

But PoltiFact blew that dubious assertion out of the water last July, noting that there are many other reasons asylum claims aren’t approved and that in 2018 about 28 percent of those seeking asylum were ultimately approved.

Cloud is also suggesting that border patrol agents be allowed to serve as immigration judges and take no more than a few minutes in rejecting asylum claims, even though the law does not allow for such a process.

A quick look at Congressman’s bio tells you all you need to know about him. He calls himself a “longtime defender of American values.”

Also, Cloud’s assertion that political asylum is only for those seeking refuge from political persecution is also wrong:

According to the Trump administration’s own U.S. Citizenship and Immigration Services (USCIS) webpage, “political opinion” is just one of five categories for asylum. Applicants need only show that they have suffered persecution or have legitimate reason to fear that they will suffer persecution based on their race, religion, nationality, membership in a particular social group, or political opinion.

In other words, Congressman Cloud, much like President Donald Trump himself, knows next to nothing about the American immigration system and clearly isn’t interested in educating himself on the subject. Perhaps we need to give written tests to those who want to represent us in Congress or the White House so we can weed out the totally clueless and willfully ignorant before they’re allowed to be seated.

Here’s Cloud making a complete fool of himself: