The United States Blues
Home Elections GOP Congressman planning to leave the party and run against Trump in... 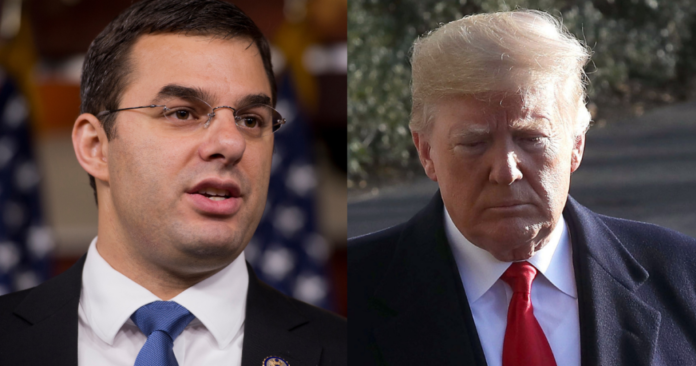 Rep. Justin Amash (R-MI) is far from a household name outside his home state of Michigan, but that could be about to change if he does what he’s threatening to do: Bolt the part and run against President Donald Trump in 2020 on the Libertarian Party ticket.

Amash has been a frequent critic of Trump, blasting him on Twitter with attacks on the president’s character and decrying Trump’s violations of the U.S. Constitution. And now he says he he might be ready to move beyond social media and face the president in the political arena:

“I think my message does resonate with a lot of people. There are people who are tired of the way it works and are coming to understand that the problem is this two-party duopoly and the partisan fighting that is nonstop. If people came to Washington with strong ideologies but less partisanship this would be a lot better.”

MLive reports that Amash is somewhat hesitant to make such a dramatic move, but feels he has no choice, saying “someone” needs to run and fix a broken two-party system:

“Amash, who hails from West Michigan’s Cascade Township, has flirted with the idea of a presidential run at libertarian events and an interview CNN’s Jake Tapper, but told MLive he hasn’t “thought through” plans to run for president, re-election or U.S. Senate.”

The five-term member of Congress calls himself “the only libertarian in Congress,” and admits he often feels politically “lonely” in the GOP. Though he gets criticism from fellow Republicans for his criticism of Trump, Amash recently noted on Twitter that he feels he’s saying things that need to be said:

“And Justin was never a supporter of President Trump.”

A challenge to Trump — especially from a candidate that hails from Michigan — could prove devastating if Amash siphons votes away from the president in such a key state. Michigan narrowly went for Trump in 2016, but is seen as in play in 2020.

For now, Amash says he will continue to speak out and make a decision on 2020 later this year.