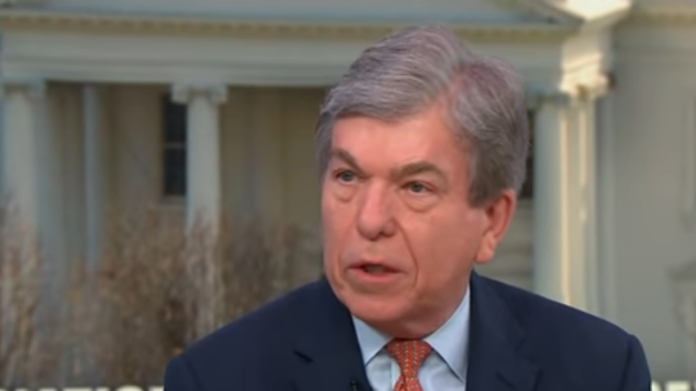 Senator Roy Blunt (R-MO) said Sunday that any investigation of President Donald Trump needs to remain focused on possible collusion with Russia and not expand to include the president’s business dealings or other matters because not even George Washington was imperfect.

During an appearance on “Face the Nation,” Blunt was asked about a new probe being conducted by prosecutors with the U.S. Attorney’s office in the Southern District of New York that is looking at possible criminal activity by the Trump inaugural committee. That’s when Blunt decided to use his Washington defense, telling host Margaret Brennan:

“The problem will all these investigations… is not that they’re too narrow, but they get too broad. I’m not sure that George Washington’s expense account could stand up against the entire force of the federal government, if you look at everything related to everything, as opposed to what was really supposed to be the charge here — which was collusion.”

Blunt, who serves on the Senate Intelligence Committee, also asserted that Trump’s critics are trying to shift away from possible collusion with Russia to criminal matters that are “much more arguable than a pure finding of collusion would have been.”

It probably won’t surprise you to learn that Senator Blunt felt much differently about such matters when Bill Clinton was president. In 1998, then-Congressman Blunt proudly voted for four articles of impeachment against Clinton. The effort to impeach Clinton fell short of the votes needed to convict him for having an affair with a White House intern.

Blunt’s comments are part of a larger strategy by Congressional Republicans who realize they cannot possibly defend Trump’s possibly illegal actions. Instead, they want to move the goalposts and try to argue that Trump is being scrutinized more closely than any other president has ever been. That, however, is a blatant lie and suggests they know that Trump has indeed engaged in illegal activity.