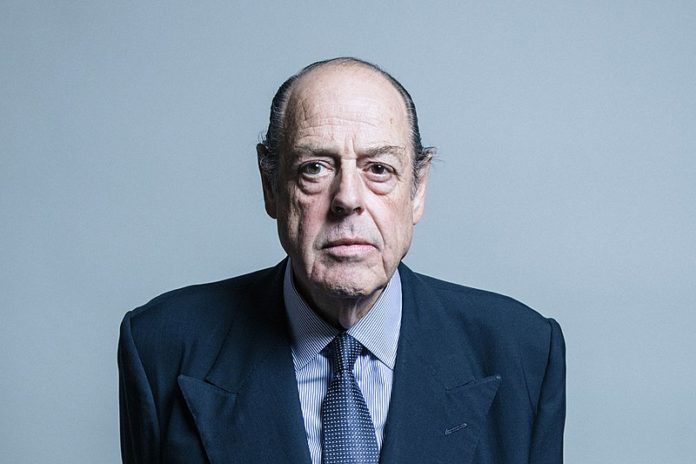 President Donald Trump literally used rain as an excuse to get out of honoring Americans killed during World War I at an American military cemetery in France on Saturday. And that disgusted the grandson of Winston Churchill.

Churchill spoke out against Adolf Hitler and fascism. Now his grandson is speaking out against Trump.

Trump was supposed to attend a ceremony at the Aisne-Marne American Cemetery and Memorial in France, which is the final resting place of over 1,000 American troops who died during the Battle of Belleau Wood. The ceremony marks the armistice signed to end the war, and a friendship between allies.

But Trump decided to cancel his appearance at the ceremony because of a little rain, thus disgracing the office of the presidency and embarrassing the United States while proving once and for all that he doesn’t care about the military. He only cares about himself.

Taking to Twitter himself, Soames called Trump “pathetic” for bailing out of the ceremony just because he might get a little wet.

After former Obama officials pointed out that presidents usually have contingency plans for poor weather, Soames slammed Trump again, calling his decision “such a terrible insult to the American Fallen who died far from their homes and Country and he couldn’t even be bothered.”

Trump supporters have often compared him to Churchill since he took office. But it’s clear that Trump is nothing like Churchill at all. After all, Churchill served in the military for his country and inspired a nation to “never surrender” and carry on during World War II in the face of pure evil.

Trump is a coward who dodged the draft during the Vietnam War. He is not fit to lick the boots of the men buried at Belleau Wood. And rather than inspire, Trump has incited hate and violence in a divisive era of American history and panders to Nazis.

It’s not like Trump was ill. He just didn’t want to get his hair wet, and that’s an insult to all the men and women in uniform who have fought and died in worse weather for their country. The least Trump could do to honor them is let a little rainfall on him as he stands in silence.