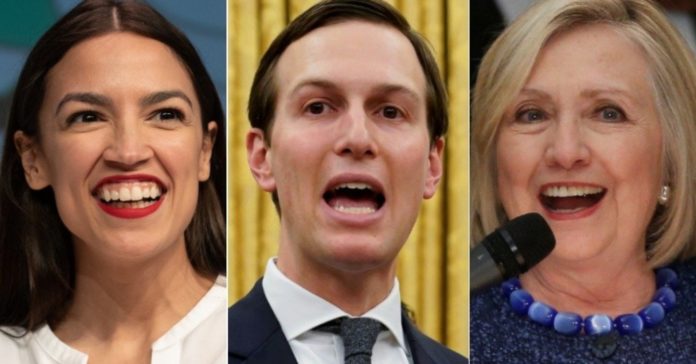 On Thursday, we learned that White House adviser Jared Kushner has been using WhatsApp for conversations he’s had with foreign officials, a direct violation of security and government protocol, raising the question of why Kushner felt a need to use such a secretive program to conduct official government business.

We also learned that both Kushner and his wife, Ivanka Trump, have repeatedly used private email accounts, which is also against government rules.

During the 2016 campaign, President Donald Trump made a major issue of the way former Secretary of State Hillary Clinton used a private email server, spawning seemingly endless memes online with the tag line, “But her emails!”

“The irony of this is that the president ran his whole presidential campaign accusing Hillary Clinton of having a private server and having communications, and here you have something that’s much worse. You have communications with foreign leaders on platforms that aren’t official U.S. platforms, that put sensitive information at risk.”

Rep. Alexandria Ocasio-Cortez also saw Khanna on CNN and shared a clip of his comments on her Twitter feed, along with a new take on an old expression:

About an hour later, Clinton joined the conversation:

Tell me about it.

That led to an outpouring of levity on social media:

When you are witnessing mastery level shade… pic.twitter.com/QD5cXFOmlj

I can’t love this enough.

And this is why we’re with Hillary – she’s brilliant, accomplished, and funny!

It would be fun to see @HillaryClinton team up with @AOC ……that would drive the mainstream media bonkers!!

Here’s another expression for Jared: Lock him up!