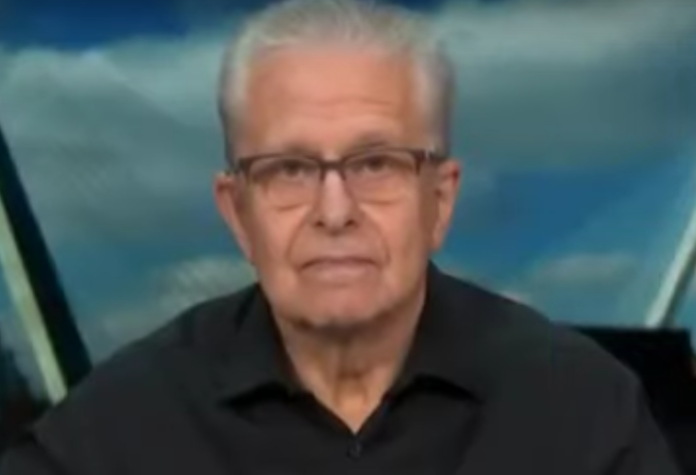 Senate Majority Leader Mitch McConnell (R-Ky.) could take one of two actions if the House votes to impeach President Donald Trump, Senate Republicans would likely hold a sham trial and acquit him or refuse to hold a trial altogether. But Harvard law professor Laurence Tribe says the House can get around the Senate.

In an op-ed for the Washington Post this week, Tribe explained that House Democrats have an option on the table that they could use to stiff McConnell and deal a blow against Trump and his re-election chances at the same time, which he helpfully explained during an interview with Joy Reid on Saturday.

“What the House could do, Joy, is fairly straightforward and they have done it before,” he began. “They could have factual conclusions. The way the Judiciary Committee did when it concluded Nixon completed offenses. It wasn’t just like an indictment. An indictment is basically an accusation referring someone else for trial. But the House of Representatives is quite capable of reaching a verdict. That is what I proposed it should do.”

“Now in the process of the hearings the House might educate the public and finally Mitch McConnell might give in and the whole thing might go in a direction that Nancy Pelosi, I think quite rightly, says is not very likely,” Tribe continued. “But who’s afraid of the big bad turtle here? We don’t have to worry about what McConnell is going to do, the Senate will do.”

He then reached back to the founding era to pull up a clear precedent for the House to condemn or censure Trump, a move that would deal a devastating blow to his presidency.

“In the case of John Adams, for example, in 1800, there was a big controversy over the fact that he extradited an American citizen to Britain, for having engaged in mutiny on a British warship,” Tribe explained. “There was a lot of debate in the House. They weren’t ready to impeach him, maybe in part because they didn’t think the Senate would convict, but they were ready to debate whether or not the House could condemn him, could find that he violated the rights of an American citizen. There was a big debate over whether the House has the power to condemn or censure and reach its own verdict, and in that debate the winning side was, yes, the House has this authority. Now in that case by a vote of 64-30 or something, they decided that Adams did not deserve to be censured or condemned.”

Tribe would go on to point out that no president has ever been re-elected after being censured by the House. Former President James Buchanan suffered that very fate in 1860.

The move gives the House an alternative to impeachment because Democrats could hold a trial-like hearing to present a case for censure and could even declare that Trump committed high crimes and misdemeanors, thus cutting the Senate out because Republicans will refuse to do their jobs to defend the Constitution anyway, much like McConnell refused to hold a hearing to confirm former President Obama’s Supreme Court nomination of Merrick Garland in 2016.

“My sense is that after a full hearing where the president and his lawyers would be invited to make a presentation, of course they would say no thanks, but they would have a full opportunity,” Tribe said. “And it would be a kind of trial, not exactly a trial, it is only the Senate that has the power to try impeachments. But you don’t have to be afraid of what the Senate would do. If the Senate is in the president’s hip pocket, then you can simply stiff the Senate and say we find that the president created high crimes and misdemeanors, but we’re not going to do you the favor of tossing you what looks like an indictment so you can shred it in the McConnell shredder. The House, after all, is an independent body. It is the people’s House, and they should stand up to their duty under the Constitution.”