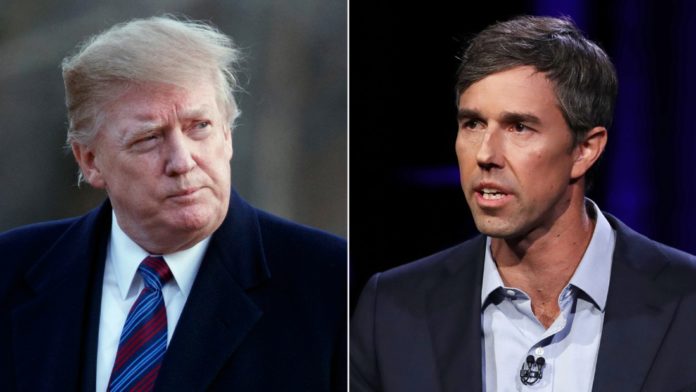 President Donald Trump may have backed down on his tariff threats against Mexico for now, but the damage is already done, which is why Democratic 2020 candidate Beto O’Rourke slammed him in a statement on Friday.

A tariff had been scheduled to take effect on June 10th as Trump attempts to force our southern neighbor to change their own immigration policies. But Trump announced that a supposed deal had been reached as criticism against his threat mounted, especially from economists who warned of recession and Republicans in farm country who fear a backlash in 2020.

Indeed, farmers have suffered the most because of Trump’s tariffs, losing billions of dollars in a year that has already seen floods and tornadoes wipe them out.

That’s why his threats to slap a tariff against Mexico for purely political reasons caused them to reach a breaking point.

Beto O’Rourke, who represented El Paso, Texas in Congress, understands the situation between Mexico and the United States better than most. After all, trade between the two nations occurs through ports of entry there on a daily basis, so he knows what is at stake.

In response to Trump’s announcement that he is backing down, Beto put out a statement informing the public that the damage has already been done.

“The damage from this president’s disastrous tariffs has already been done,” Beto said. “Farmers, ranchers, manufacturers and entire communities of Americans have paid the price for these trade wars. What we see is another example of Donald Trump trying to be both the arsonist who created this problem in the first place and the firefighter who wants credit for addressing it.”

Indeed, Trump created this problem in the first place. Rather than support practical solutions to reduce illegal immigration, he has been obsessed with building a wall that will not work and will cost billions to construct. He has refused to increase the number of personnel necessary to process asylum claims, resulting in more people desperately crossing the border outside of ports of entry.

And instead of working diplomatically with Mexico, Trump has resorted to making threats that would hurt the American economy. It’s no wonder the stock market continues to slip and investors are getting more skittish. After all, why take a chance on an economy that might implode due to Trump’s recklessness?

The only reason why he caved is that a recession at this time would crater his re-election chances and would anger Republicans in several states he needs. Senate Republicans may even have been preparing to defeat the tariffs through legislation that would be veto proof.

Make no mistake, Trump did not solve any problem. He only caused more damage and it should cost him and the GOP dearly in 2020.