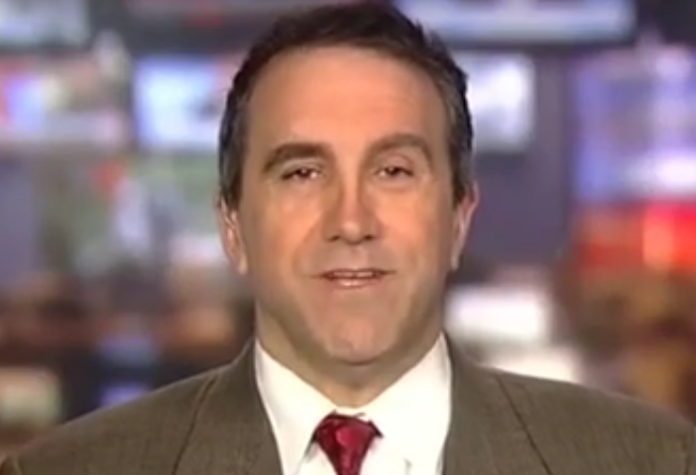 A climate change denier attacked Democratic 2020 candidate Beto O’Rourke’s climate change plan on Fox News Tuesday morning by absurdly claiming that carbon dioxide is not poisonous because we exhale it.

Of course, there are serious criticisms one could make against Beto’s plan, like the fact that achieving net-zero carbon emissions by 2050 is way too late since scientists are warning we only have ten years or so to do something about climate change before it destroys us.

Rather than criticize Beto’s plan on the merits, Marc Morano went with the ridiculous.

“Humans, we inhale oxygen and exhale carbon dioxide,” he said. “So he’s calling CO2 pollution, which it’s not. This plan is as pie in the sky as the Green New Deal except it’s a little bit more tepid.”

Morano’s claim is testable. All he has to do is put a plastic bag tightly over his head and start breathing. Let’s see how long he’s able to survive breathing in this mythical “nonpoisonous” carbon dioxide.

Because while humans do exhale carbon dioxide, it is a harmful gas in high concentrations, and there is already so much of it in the atmosphere that planting more trees is not enough to meaningfully reduce it.

Climate change is an international emergency that must be dealt with immediately with monumental change. Beto himself has conceded that fighting climate change will require the kind of transformation not seen since World War II.

But if morons like Morano have their way, we’ll all soon be choking on the very carbon dioxide we exhale in the name of profits for polluters.