The United States Blues
Home News Jared Kushner Gets Supremely Trolled For Wanting To Be The Next Chief... 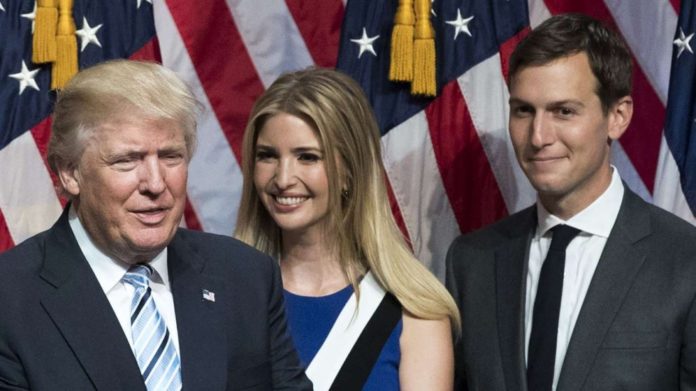 On Thursday, it was reported that Jared Kushner is being considered to fill the post of chief of staff to President Donald Trump. Apparently, it’s not enough that Trump’s son-in-law is already a senior adviser to the president (along with Trump’s daughter, Ivanka), so Jared’s name suddenly came up.

Of course, it’s not like anyone else wants the thankless task of trying to keep the notoriously unfocused president on task. Multiple candidates have reportedly withdrawn their names from consideration, and there’s even a suggestion that any future chief of staff would have to meet with the approval of not only Trump, but Jared and Ivanka, too.

But even if Kushner isn’t named chief of staff, at least we’ll get something out of it in the form of the snarky tweets that were posted in response. Take a look:

Jared blew into a paper bag, his skin was slick with sweat, his eyes rolled back into his head.

Robert Mueller put an arm around his neck.

“You can do this, son. You’ve been wearing a wire for 6 months, its just a few months more.”

Also, can Jared Kushner be @POTUS Chief of Staff if he can’t get beyond a medium level security clearance?

And one more question. Do we want a Chief of Staff who is in the pocket of Saudi Arabia? https://t.co/HJi2ec5fuR

Why stop at #ChiefOfStaff? Let JARED host the @Academyawards1 too. https://t.co/n2MlrzS15x

Jared Kushner as chief of staff is perfect because he’s a triple threat of sucking at management, politics, and business

Jared Kushner rumored as next WH Chief of Staff: pic.twitter.com/EzqcBn6Swj

I want Jared Kushner to be the Chief of Staff just so I can hear him talk.

Meanwhile, in a distant office somewhere in the West Wing, Mike Pence silently prays Jared doesn’t have designs on being Veep.