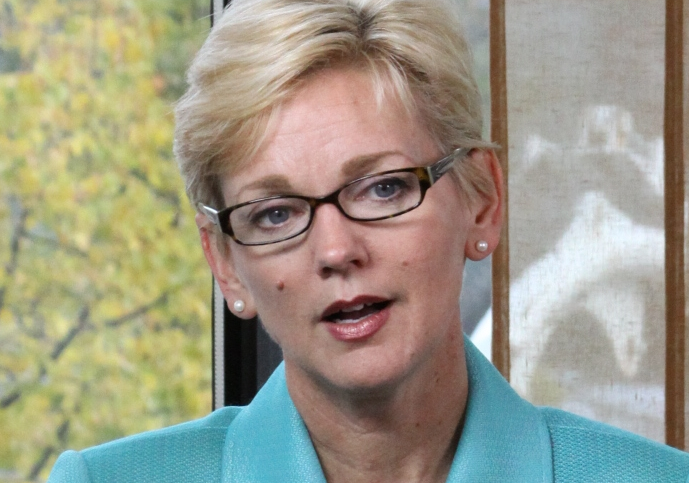 Former Michigan Governor Jennifer Granholm dared Senate Republicans to block President Donald Trump’s national emergency declaration on Thursday night, criticizing them for being too spineless to actually stand up to him even when he disrespects the authority of Congress.

Several Republican senators, including Senators Marco Rubio (R-Fla.) and Susan Collins (R-Maine), have condemned Trump’s intention to declare a national emergency to build his wall on the southern border, a wall that would be ineffective at stopping drugs and a wall that most Americans oppose.

In fact, at least 18 GOP senators have claimed they oppose declaring a national emergency and that they will fight to block it. If they keep their word, the House could pass a bill to do just that and Senate Majority Leader Mitch McConnell would not have the votes to counter it.

On Thursday night, after CNN political analyst Rick Santorum said he opposes Trump’s decision, Granholm called out these 18 Republicans and labeled them “invertebrate” if they don’t do what they said they would do.

“First of all, there’s $680 million from the last two years that is unspent,” Granholm began in regard to border security. “So, where is the emergency? Number one.”

Granholm then pointed out that many Republican districts would be stripped of military funding they fought for in budget negotiations over the years.

“Number two, if he goes to the Military Construction budgets, he has – you’ve got a lot of Republicans, as you were pointing out, in districts across the country that fought for that money to be put for projects in their district,” she continued. “There’s only $50 million of that Military Construction budget that is fluid that the President could yank. Yes, there’s some Treasury forfeiture money that arguably he could spend. This stuff has already been appropriated. So, this is just another way of going around Congress and going around the U.S. Constitution.”

She then called for Republicans to stand up to Trump, lest they be considered spineless by the American people and voted out of office in 2020.

“There are 18 – there are 18 Republican Members of the Senate alone who have expressed opposition to this before, opposition to a national emergency declaration before the President declares it, 18 of them,” she said. “They are all going to be put on notice, and have to vote on this, if in fact, he declares it.”

She continued, “Then it comes to the Senate for individual votes. You better believe that that is political jeopardy for someone like the Senator in Colorado, Susan Collins in Maine, people who are going to be up in 2020 who have said they don’t want to see this, and now we’re going to be put up for it.”