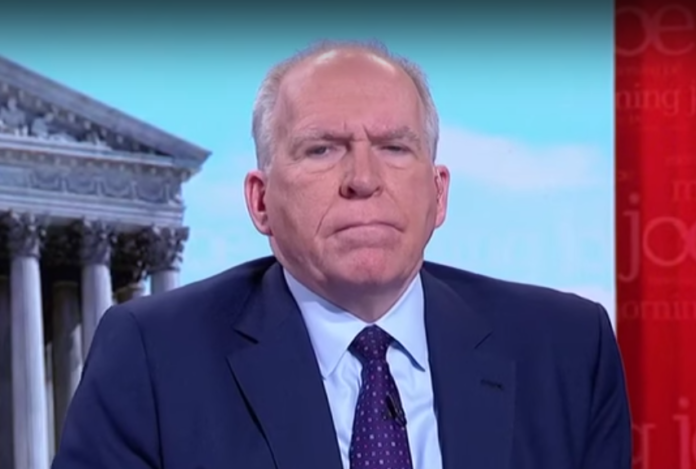 President Donald Trump skipped two opportunities to prove that he truly cares about and honors fallen American soldiers, but former CIA Director John Brennan did not skip the opportunity to skewer him for it.

Rather than attend a ceremony in Paris at Aisne-Marne American Cemetery, Trump canceled his appearance because of a little rain. Outrage ensued, and despite that outrage, Trump came back to the United States and refused to attend a ceremony at Arlington National Cemetery as well, again because of rain.

Instead of honoring our troops, Trump stayed inside to rage tweet and watch television as other world leaders stood in the rain to honor the sacrifices our troops have given so that millions could live and be free.

On Tuesday, Brennan chimed in with his own condemnation of Trump’s absence from the ceremonies by slamming Trump’s hypocrisy because he often claims to love our military and veterans, yet refused to attend ceremonies to honor them, which he could have done using an umbrella:

“It is puzzling because he puts so much emphasis on the military,” he said. “These were relatively easy-to-do events both in France as well as here. I don’t know whether or not he gets in some moods and just sort of sulks, and doesn’t want to be part of ceremonies, whether it was the weather and concern about what that might do to his image, but it is one of the more puzzling aspects of Mr. Trump’s performance.”

Brennan then explained that there are backup plans and that Trump refused to attend because he wants all the attention for himself.

“There would be a backup plan and a backup to the backup plan, and that is something no president I have ever worked for would want to miss,” Brennan said on Morning Joe. “They’d want to be part of it, and not just to send the signal that this president is paying this homage to them, but also be part of the allied effort, those countries that worked so hard together in World War I and in subsequent wars. But you want to be seen as part of it.”

“But I think everything we see right now is Donald Trump wants to be this separate, individual person and not be part of a larger gathering,” he concluded. “He wants the spotlight to be on him and him only.”

Trump’s behavior over the last three days is disgraceful and did nothing but insult the memory of our fallen soldiers and the veterans who carry their legacy today. Our troops have fought and died in far worse weather conditions far from home. The least Trump could have done is let a little rain fall on him.