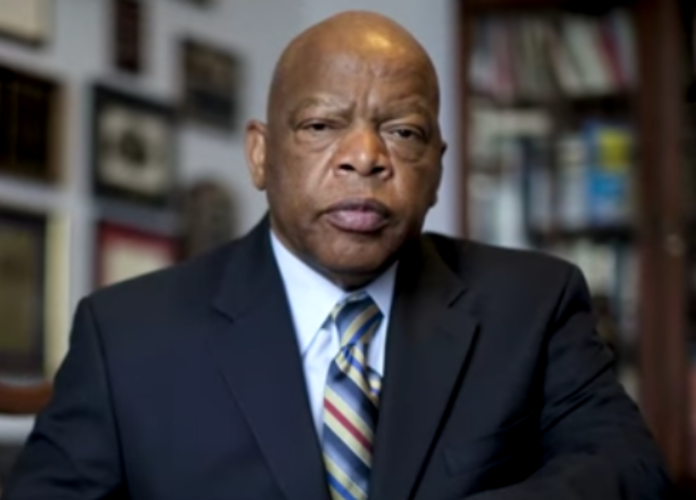 Rep. John Lewis (D-Ga.) is a civil rights icon who marched with Dr. Martin Luther King across the Edmund Pettus Bridge in Selma, Alabama during the 1960s. Now he’s revealing what he would tell King about President Donald Trump if he were still with us today.

King would be 90-years-old now had he not been assassinated in 1968. In the years since, America has made progress in the area of civil rights, but since Trump took over the White House, he has been reversing it.

Lewis sat down for an interview with Rolling Stone on the occasion of King’s birthday earlier this year and explained what he would tell King about Trump.

“I would say, “Dr. King, we have come a distance, we have made some progress, but we still have a great distance to go before we lay down the burden of racism,” Lewis said. “There have been so many setbacks since you left. We have someone, the head of our government, who, in the finality, is a racist. He doesn’t understand the meaning of your life and the significance of the civil-rights movement. But I truly believe, somehow and some way, we will not give up, we will not give in. We will continue to do what we must to create what you called the Beloved Community. We will do what we must to redeem the soul of America.”

And while Lewis still has hope that America can move forward and get past this hateful time, he has less hope now than he had when he marched across the bridge, even though he and others were severely beaten for their efforts.

And to restore the kind of hope and optimism America needs, Lewis said that the problem starts at the top and can be dealt with in 2020.

“We need a president, a leader of the national government, who’s not a racist,” he concluded. “Trump is a racist. And we need leaders in high places — not just in the office of the president, but members of Congress, governors — who understand what the struggle was all about, who are trying to make the dreams and the hopes and aspirations of Dr. King come alive.”