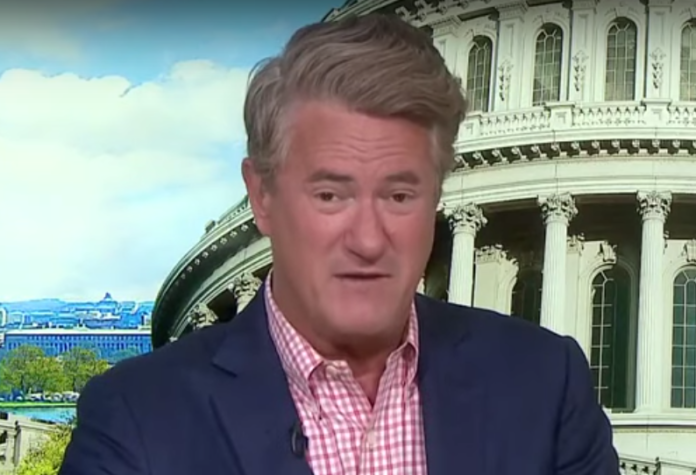 White nationalist terrorism is on the rise in this country and around the globe as black churches, Muslim mosques and Jewish synagogues have all been targeted in recent weeks. And even though it shows no signs of stopping and law enforcement understands that it’s a problem, Trump doesn’t see it as a problem at all and continues to incite further violence.

His own Justice Department gave a white nationalist a get-out-of-jail-free card just last week to Christopher Hasson by letting him out on bail and refusing to charge him with terrorism despite the fact that he planned to assassinate prominent Democrats and media figures, including Scarborough himself.

On Monday morning, Scarborough said that Trump has blood on his hands.

Indeed, Trump claims the United States is being “invaded” by violent criminals and drug dealers and compared the Russia investigation to a coup during his NRA speech, which forced MSNBC host Chris Matthews to school Trump on what a coup actually is, an act of violence to take over the government.

“The blood that is spilled is on your hands, from white nationalists, from people that listen to that sort of rhetoric, any violence to journalists, ‘enemy of people,’ the kill list — yes, let’s go back to the kill list,” Scarborough continued. “Your Justice Department let somebody with a manifesto inspired by white nationalist killers, including a guy that slaughtered over 68 children, your attorney general and you let that person walk.”

“We are so past dog whistles now, Donald — you are just inciting violence, it’s just obvious,” Scarborough concluded before blasting Trump’s NRA speech again. “That speech was every bit as obvious as those, quote, Second Amendment solutions that you talked about, and the killing of Hillary Clinton to stop her from ever being able to appoint federal judges. I called it out then, we’re calling it out now. You are unfit to be president of the United States.”