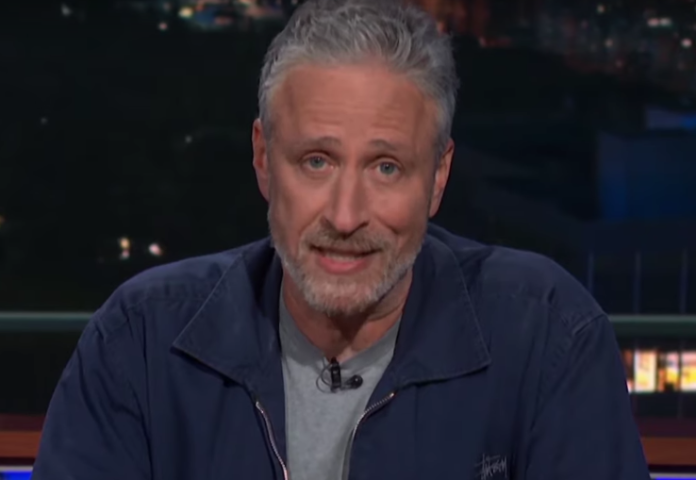 Senate Majority Leader Mitch McConnell (R-Ky.) made an a** of himself on Monday by criticizing former Daily Show host Jon Stewart for standing up for 9/11 first responders. That same evening, Stephen Colbert gave Stewart the use of his Late Show platform to fire back.

Stewart has been leading the charge to renew the healthcare fund for victims and first responders, only to receives a slow response from Congress over an issue that needs no debate. The House is going to pass it because Democrats are in charge. But Senate Republicans seem poised to use it as a political bargaining chip instead of doing the right thing.

McConnell appeared on Fox & Friends to complain that Stewart is “bent out of shape” and that lawmakers simply have too much to do to stop and worry about passing a simple bill, causing Stewart to come out of hiding from behind Colbert’s desk to issue a rebuke on behalf of the “first heroes of the war on terrorism.”

“I feel like an assh*le,” Stewart sarcastically said. “I didn’t know that they were busy. I didn’t mean to interrupt them — with their jobs!”

“Honestly, Mitch McConnell, you really want to go with the ‘we’ll get to it when we get to it argument’ for the heroes of 9/11?” he continued before using a turtle reference. “Listen, senator, I know that your species isn’t known for moving quickly.”

“But damn, senator, you’re not good at this argument thing,” Stewart went on. “Basically, we’re saying you love the 9/11 community when they serve your political purposes, but when they’re in urgent need, you slow-walk, you dither, you use it as a political pawn to get other things you want — and you don’t get the job done completely. And your answer to that charge is, ‘Yeah, duh, we’re Congress, that’s how we do.’”

Stewart explained that he and first responders have spent years seeking sponsors and working hard to make this legislation a top priority, and that it would be nice for once if McConnell would just bring it up for a vote without strings attached like past Congresses would have done because those Congresses didn’t have a prick like McConnell in a leadership role to hold it hostage.

“If you want to know why the 9/11 community is bent out of shape over these past — let’s call it 18 years, meet with them, tomorrow, as soon as possible, and don’t make them beg for it,” he said. “You could pass this thing as a standalone bill tomorrow. I beg of you, meet with them tomorrow. But you know what? If you’re busy, I get it.”

Stewart concluded by pointing out that if this is the way McConnell and Republicans are going to treat first responders, the next time they need to call the police or the fire department, they shouldn’t get “bent out of shape” if it takes them a while to help them. After all, karma is a b*tch.