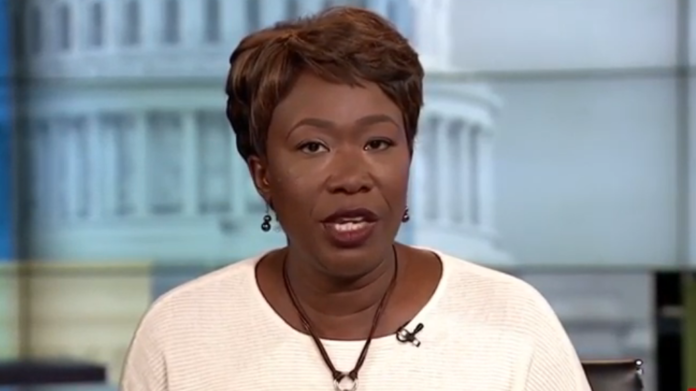 MSNBC host Joy Reid said Sunday on her show that it’s time for Republicans to make a fateful decision: They can either choose to continue protecting the unlimited right to own as many guns as possible, or they can protect our children.

Addressing the latest mass shooting in Odessa, Texas, which left seven people dead and 19 wounded, Reid noted that the American obsession with assault weapons as well as lax gun laws means the GOP is on the wrong side of the issue:

“America is a nation that is full of guns. And where one political party is beholden and obedient to the gun dealers. But we do not have to be. At some point we have to decide, which we love more: the guns or our lives. The guns or our freedom to be in public or in school or at church or at a synagogue or at a mosque without feeling constantly terrified.”

Of course, Reid is right, and the numbers support her.

In August alone, 53 people died in mass shootings. The cities in which they took place have become virtually synonymous with blood and terror: Odessa, El Paso, Dayton. Rather than seeing these cities as the wonderful places they are and thinking of the many families who live there, our minds immediately go to the carnage, the horror, the loss. And yet nothing gets done. Just more thoughts and prayers, but no action.

That led Reid to issue a chilling challenge to those in the Republican Party who seem eager to do whatever the NRA and gun industry want, no matter how many die:

“The guns or our kids? We don’t have to keep living like this.”

Can there ever be sensible gun control in this country? Is there any hope of banning assault rifles and high-capacity ammunition magazines? That depends on the choices we make at the ballot box. And with a national election coming next year, we have the opportunity to make a change for the better. We can choose the guns or our children. This time we need to choose the future and not more blood.