The United States Blues
Home Business Kamala Harris announces plan that would guarantee women are paid as much... 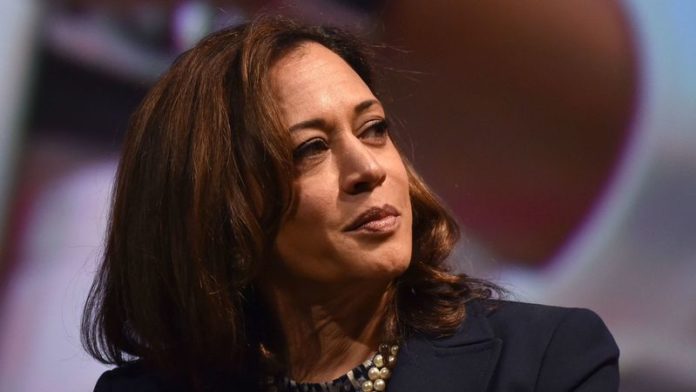 2020 Democratic presidential candidate Senator Kamala Harris (CA) announced a plan Monday that would punish companies that fail to pay female employees as much as their male counterparts, according to HuffPost:

To meet certification requirements, companies would have to “demonstrate they have eliminated pay disparities between women and men who are doing work of equal value,” per Harris’ campaign. “To the extent pay disparities do exist for similar jobs, companies will be required to show the gap is based on merit, performance, or seniority ― not gender.”

If a business with more than 100 employees fails to gain certification within three years after the law goes into effect, it would face financial penalties:

If companies fail to gain EEOC certification, they would face fines for every 1% pay gap that exists in their workforce. The fines would vary, for each pay-gap percentage point, a business would have to pay 1% of its average daily profits during the previous fiscal year.

Harris also says her plan would help pay for another item on her legislative wish list as president:

Harris’ campaign estimated the scheme would, at least initially, generate about $180 billion over 10 years ― funds she supports investing to help finance a national paid family and medical leave program. The U.S. has no such national programs, though many firms have their own.

“Closing the wage gap would mean tens of millions for women and their families. It could wipe out student loan debt, give relief to homeowners, and literally put food on the table. It’s something that can help stimulate the economy.”

A pay gap does indeed exist based on gender. Information issued annually by the Census Bureau indicates that women make 80 cents for every dollar earned by a man. Those numbers are even lower for women of color.