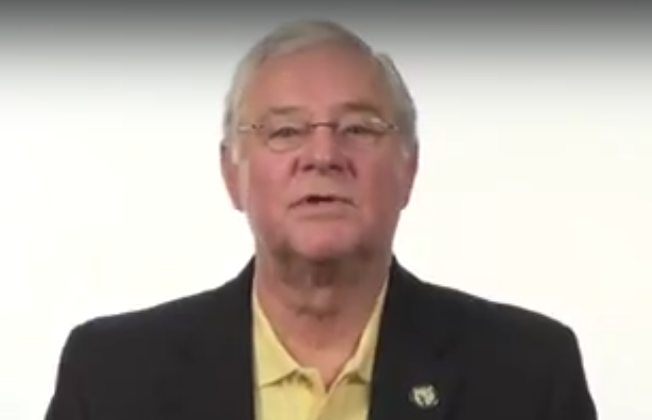 A top Republican lawmaker in Kansas apologized and withdrew support for a pair of anti-gay bills after his own daughter publicly shamed him in an open letter this week.

The legislation would refer to same-sex marriage, which became legal in Kansas through a Supreme Court ruling in 2015, as a “parody” to heterosexual marriages, which would gain an elevated status, thus creating an inequality between types of marriages, one endorsed by the state and one frowned upon and discriminated against.

The hate is so strong in these bills that when Rep. Ron Highland endorsed them, his daughter Christel called him out by writing an open letter to him after failing to contact him through other means.

“Your actions strike against what this country was meant to become,” she wrote. “You were once a scientist. It is time for you to change. Your most sacred job as an elected official is to serve and protect people. Your God did not elect you. Living breathing human beings did. Further isolating the marginalized among the population you serve is far from your duty.”

“One thing you said to me that struck me to my core at a very young age, which has lasted with me until this day is, ‘Think before you speak,’” she concluded. “I would respectfully ask that you think deeply prior to sponsoring any legislation. Legislation which reeks of utter disrespect toward anyone, actively striving to make the lives of others more difficult is beneath you. I love you, I always will, in spite of your flaws. I cannot, however, condone your cruel actions. Shame on you.”

Her letter went viral and instantly struck the powerful lawmaker to his core. And so, he apologized and withdrew his support.

“The bill that I should not have signed on to cosponsor contained some hateful language which I do not condone, and it is against our Lord’s command to love our neighbors,” Highland said in a statement.“I have asked for my name to be removed from the bill. The process for doing so is in motion.”

In response, Christel Highland praised her dad and hoped other lawmakers in Kansas and across the nation will follow his example:

“It took strength to do what my Father did, and I’m proud of him for setting an excellent example to his colleagues and constituents by removing his co-sponsorship from HB 2320. I think this situation is an example of what is possible if we work together toward good with love in our hearts. I can only hope that this is a step in a positive direction where we work to make the pursuit of happiness easier for one another irrespective of birthplace, race, beliefs, or orientation.”

If only Vice-President Mike Pence and President Donald Trump could be so influenced by their own children to abandon their bigoted agenda, our country would be far less divided and hateful.