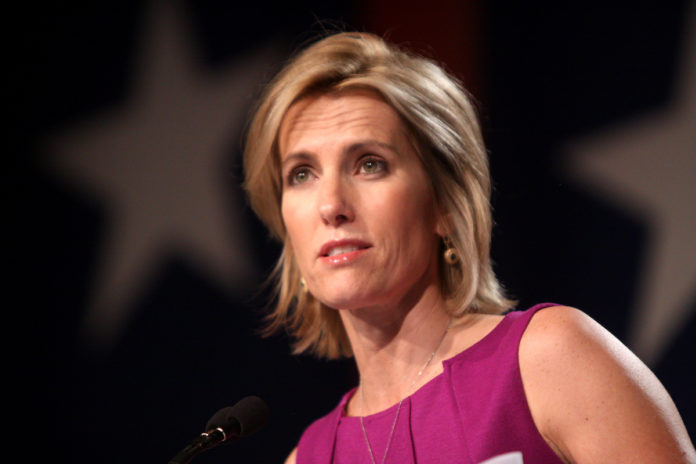 naldLaura Ingraham, Fox News host who thinks movements against sexual assault make Christmas parties less fun, recently tried to shame David Hogg, one of the movement’s most recognizable faces, for being turned down by four colleges. In Ingraham’s words, Hogg was “whining about it,” and her tweet was accompanied by an article from The Daily Wire, a conservative website.

It did not go over well.

One thing participants of the #NeverAgain movement have tried to keep in the forefront of the minds of many is that the stars of the movement are still children suffering the traumatic effects of a recent school shooting.

@Emma4Change is embraced by her parents after giving her speech at #MarchForOurLives. Let’s not forget that she’s a child! To the scum that troll her, F-U.
Baby girl, #TheResistance has your back. pic.twitter.com/KfcZnzvfEg

So naturally, Ingraham’s tweet rubbed many the wrong way.

Attacking a traumatized kid for a 4.1 GPA. Good on you #GOP. Keeping it classy always. Party of family values and all that…..

Ingraham also got some clap back from Cameron Kasky, another #NeverAgain movement leader, retweeting her with the caption, “How pathetic is this woman.” His Twitter followers were sure to answer his question in depth. One answered using attendance estimates for the March For Our Lives in Washington, D.C.

Some went with a little more traditional snark.

And others still noted Ingraham’s apparent lack of grasp on basic English.

Inconsistent use of sentence case for starters.

Ingraham was also in hot water earlier this year when she responded to a video featuring NBA all-stars Lebron James and Kevin Durant discussing the president. In the video, the basketball stars talk about President Do Trump, and his lack of concern for the American people.

In response, Ingraham told them to “shut up and dribble.”

The fervor of the #NeverAgain movement is in full swing, and for his part, when talking about the colleges he didn’t get into, Hogg took no time pitying himself. Instead, he pivoted to talking about educational equity.

“I am not surprised at all in all honesty. I think there’s a lot of amazing people that don’t get to college, not only that do things like I do but because their voices just aren’t heard in the tsunami of people that apply every year to colleges in such an economic impacted school system here which we have here in America where people have to go into massive amounts of debt just to go to college and get an education.”

If Hogg can manage a 4.2 and lead a movement, he’s probably getting a lot more done in high school than Laura Ingraham did.