The United States Blues
Home News Lawmaker shows how to humiliate oneself while trying to sound smart about... 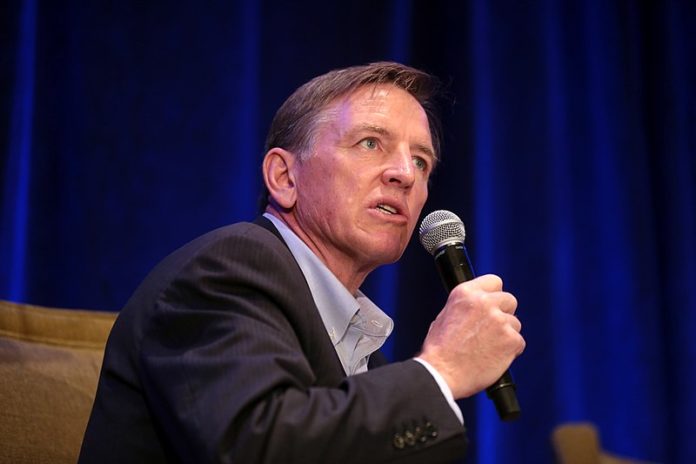 Rep. Paul Gosar (R-Ariz.) is being mercilessly mocked on Twitter after he literally used the scientific process of photosynthesis to deny that climate change is being caused by overproduction of carbon dioxide by humans.

Seriously. Gosar made the remarks during a press conference in which he attacked the Green New Deal after a young person asked him what he is doing to address climate change.

“Unfortunately you haven’t been taught about photosynthesis,” Gosar lectured. “Photosynthesis is where plants take carbon dioxide to produce oxygen. That’s a problem in today’s world. We haven’t taught kids exactly what’s going on in America and in science.”

The problem is that there’s so much carbon dioxide in the atmosphere because of human activity that all the plants and trees on Earth cannot clear it out, creating an imbalance that is harming the planet.

The issue isn’t photosynthesis. We’re putting more carbon dioxide into the air each year than plants, trees and oceans can suck out. That is what’s causing rising global temperatures. CO2 levels are the highest they’ve been in at least 800,000 years, and the driving reason is human activity.

So, photosynthesis is not a valid argument in this case, which is why climate activist Brad Johnson mocked Gosar, a trained dentist, on Twitter.

can’t wait to have @DrPaulGosar (the “dr” is for being a dentist) explain how refined sugar can’t cause cavities because Krebs cycle https://t.co/oDo9a9Sq96

You can read more about the Krebs cycle here.

Of course, Gosar saw Johnson’s tweet and attacked him.

Great example here of a complete falsehood. At no point did I say the climate wasn’t changing. Pure lie. And for you or anyone to assert photosynthesis is not a part of the CO2 cycle reflects true ignorance.

But that’s not what Johnson said at all, nor did he accuse Gosar of claiming climate change isn’t real. Clearly, the Republican congressman needs to sharpen his reading comprehension skills.

Gosar’s lack of scientific understanding drew further mockery on Twitter, including from Johnson, who returned fire by challenging the Arizona Republican to explain how refined sugar causes cavities.

Do you accept that refined sugar causes cavities?

If so, can you explain how?

Your comment is utter ignorance. It’s like saying “there is a glass, so therefore water can’t overflow.”

If you READ a science journal, u’d know the issue is CO2 growth is too much for photosynthesis to handle, which is why forestation is part of the response strategy.

We need lipids for normal body functions but too much lipids cause obesity and cardiovascular disease. Are you suggesting that we should eat as much fat as we can? Don’t they teach some biochemistry in dental college?