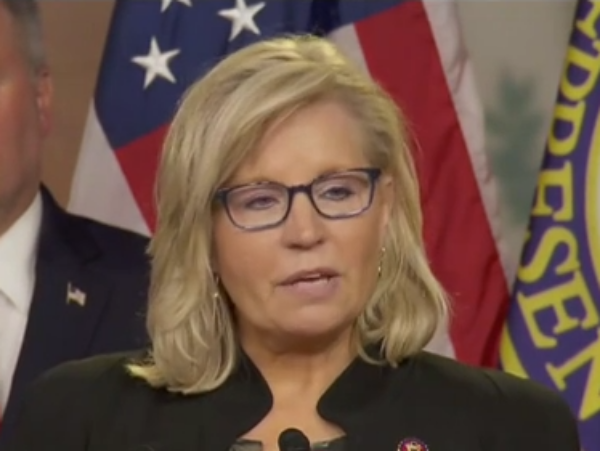 More poisonous and hateful than her father could have ever dreamed of, Rep. Liz Cheney (R-Wyo.) lashed out at Democrats on Tuesday in response to a resolution condemning President Donald Trump’s racism.

Refusing to address Trump’s hateful and racist tirade against four duly-elected Democratic congresswomen, Cheney copied Senator Lindsey Graham (R-S.C.) by launching her own vile attack against Democrats by accusing them of being “racists” and “baby killers” who don’t support the military. And all because these women are progressives who demand America be better.

“This is the greatest nation that has ever existed,” Cheney said. “The exceptional nation and they are wrong when they fail to recognize that no people have ever lived in greater freedom.”

That’s not true. In fact, it’s downright slanderous and is just when her father former Vice-President Dick Cheney accused Americans who opposed the war in Iraq “un-American” or “unpatriotic”.

Liz Cheney then claimed Democrats of not giving the military resources to defend our freedom, but that’s a damnable lie as well seeing as how Democrats have voted time and time again for massive wasteful $800 billion defense spending packages every single year, including every year during the Obama administration.

“Our colleagues, our socialist colleagues on the other side of the aisle are wrong when they advocate abortion up until the moment of birth including partial term abortion, late-term abortion and when they refuse to mandate care for babies who are born alive,” she said.

Then she claimed that Democratic programs don’t help the poor as if right-wing trickle-down is the way to go even though that tired economic theory recently went down in flames in Kansas and Democratic economic programs built the American middle class and turned America into an economic powerhouse after World War II.

“They’re wrong when they say their programs help people at the lower end of the economic spectrum,” Cheney said. “Every one of their socialist programs would create massive new government dependency and end the very economic growth we need to ensure everyone can prosper.”

She concluded by insisting that Trump’s attack isn’t about race, but about Democratic policies. And that’s just a load of bullsh*t from a boot-licker who has sold out her country and American values to a wannabe dictator who is hell-bent on destroying us and the Constitution.

Our opposition to our socialist colleagues isn’t because of their race, religion, or gender. It’s because their policies are dangerous, wrong, and would destroy America. pic.twitter.com/0rHcmL3j0G

If it wasn’t clear before, it sure as hell is clear now. Trump and his Republicans allies are traitors who will do or say anything for power. Every single one of them.