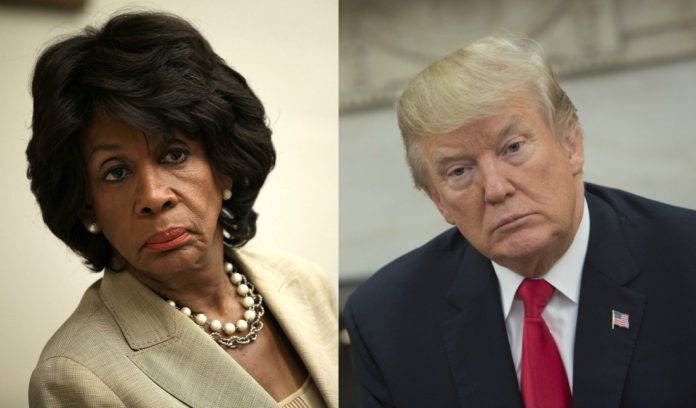 During his long-winded speech at a campaign rally in Pennsylvania Saturday night, President Trump made a very big mistake: He criticized California Congresswoman Maxine Waters (D).

Here’s the video from the rally:

“He’s an expert at name-calling. I understand that in addition to continuing his name-calling of me… calling me low I.Q…. that he continued to attack Elizabeth Warren, and Nancy Pelosi, maybe made some reference to Oprah Winfrey… on and on and on…

“And it seems that he’s identifying and picking up more and more women that he’s attacking. Again, I expected this… this is what this conman does. He diverts attention from himself by attacking others. But this business about Stormy is not gonna go away.”

But Waters saved her best comments regarding the president for the end of her call, commenting:

“He can call us all the names that he wants to call us, but our special counsel, Mueller, is connecting the dots… if for some reason Mueller does not get him, Stormy will. I’m not gonna run from it. I’m not intimidated by him. He can keep calling names—I’ve got plenty for him. Everybody knows he’s a conman, he’s been a conman all of his life… ‘Conman Don’ is gonna keep it up, and again, he comes for me, I’m coming for him.”

If Democrats do indeed retake control of the House of Representatives after the November midterm election, Maxine Waters is going to become Trump’s worst nightmare.

Watch Maxine take Donald Trump to the woodshed on AM Joy:

If for some reason #Mueller doesn’t get him, #Stormy will.#AMJoy pic.twitter.com/d8MSHi8AkL

Featured Image Via The Grio Video