The United States Blues
Home News Trump Will Get His Military Parade, But Not The One He Wanted 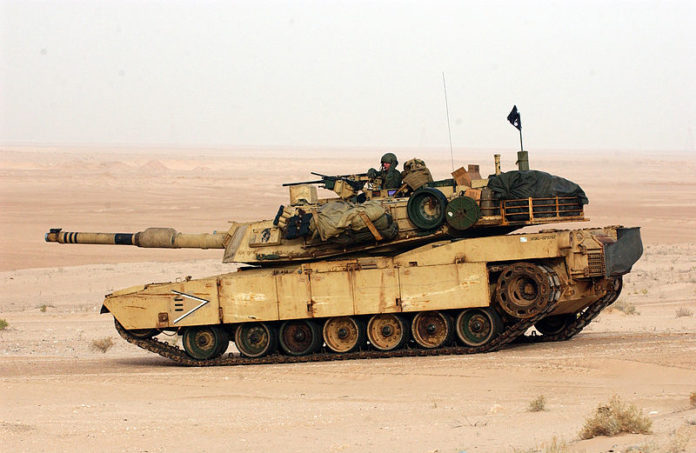 The Pentagon has agreed to a military parade, but officials drew the line on the tanks President Donald Trump was hoping for.

After attending the Bastille Day parade in France during his visit last July, Trump apparently envied the festivities so much that he was obsessed with staging a parade of his own.

Six months later, during a January meeting at the Pentagon to discuss top-secret information, Trump decided to bring up his desire for a parade.

“The marching orders were: I want a parade like the one in France,” a Pentagon official said. “This is being worked at the highest levels of the military.”

Trump has received massive backlash for his military parade demand, including from retired generals and the Navy Seal who killed Osama bin-Laden.

The parade will also cost up to $30 million, an amount that could be put to better use such as buying more equipment for our troops or taking care of injured and homeless veterans here at home.

This parade is more about Trump’s ego than anything else. He literally wants a parade in his honor despite repeatedly dodging the draft during the Vietnam War and insulting war heroes like Senator John McCain (R-Ariz.).

In fact, Trump’s ego is so big that he wanted tanks and other military vehicles to roll down Pennsylvania Avenue. You know, like a real dictator would want.

But the Pentagon has foiled most of Trump’s military parade plan.

A recently released memo confirms that Trump will get a parade, but it will be executed by just beefing up the yearly Veteran’s Day parade and will not include tanks.

The memo says the parade will integrate with the annual DC Veterans Day parade and focus on the contributions of US veterans from the Revolutionary War to today “with an emphasis on the price of freedom.”

The parade will “include wheeled vehicles only, no tanks,” the memo said, adding that “consideration must be given to minimize damage to local infrastructure.”

It will, however, involve “a heavy air component” with military aircraft flying overhead at the end of parade, including older aircraft “as available,” the memo said.

So, Trump will get a fly-by from the Air Force. Big deal. The Super Bowl and other major sporting events get that.

But Trump won’t get the tanks he wanted and it will merely seem like a normal Veteran’s Day parade, just with more bells and whistles. Trump must be fuming over this since he thinks he’s so special.

What’s insulting, however, is that Trump will be surrounded by Medal of Honor recipients and veterans who actually served their country. These courageous heroes are basically being forced to sit in the stands with a coward as the military parade rolls by. It’s disgraceful.

The best thing Trump can do on Veteran’s Day is stay inside the White House during the parade and let the real heroes have all the attention. Because if there’s one day that isn’t about him, it’s Veteran’s Day.