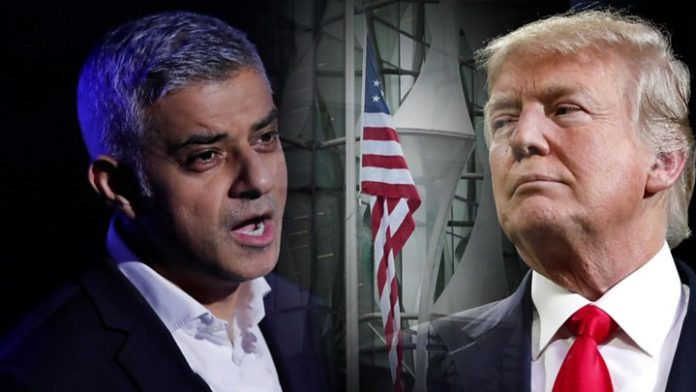 This weekend marks the 80th anniversary of the start of the Second World War, perhaps the greatest example of man’s inhumanity to his fellow man, and London Mayor Sadiq Khan is warning that once again democracy is under siege by extremists.

In an op-ed he penned for The Guardian, Khan notes that while the aftermath of World War II was a more democratic Europe and the beginning of the NATO alliance, that bond is now threatened in ways it never has been before:

“The EU and Nato, so instrumental in preventing another bloody world war, are facing unprecedented attacks – often from leaders of the very nations that helped create them. Support for democracy is at a record low across the western world, and the values that define liberal democracies are under siege – from the rule of law and the independence of the judiciary, to a free press and a vibrant civil society.”

Khan also decries the way minorities are being turned into scapegoats for society’s ills, much in the same way they were in Nazi Germany and Mussolini’s Italy. And he suggests that President Donald Trump is cut from that same cloth:

“Vulnerable, often minority, communities are being demonised and scapegoated for all society’s ills. And, in appalling new parallels with the horrors of the past, migrants, refugees, people of colour, LGBTQ+ and Jewish communities are bearing the brunt. This comes as a new wave of extremist far-right movements and political parties are winning power and influence at alarming speed – fuelled by Donald Trump, the global poster-boy for white nationalism. Politicians across Europe are following his example by seeking to exploit division to gain power – from Matteo Salvini in Italy to Marine Le Pen in France.”

Indeed, Trump has tried to demonize Hispanic immigrants since he first announced his candidacy for the White House back in 2015. He continues to try and suggest that the cause of every ill in the United States is the fault of “others” rather than trying to solve those problems with bipartisanship, cooperation, unity.

Mayor Khan concludes his essay with this challenge to all of us as citizens of the world:

“We have a special responsibility to honour the memory of all those who sacrificed so much to protect us all those years ago – by defending the ideals they died for and ensuring the more peaceful and stable world they built lasts for generations to come.”