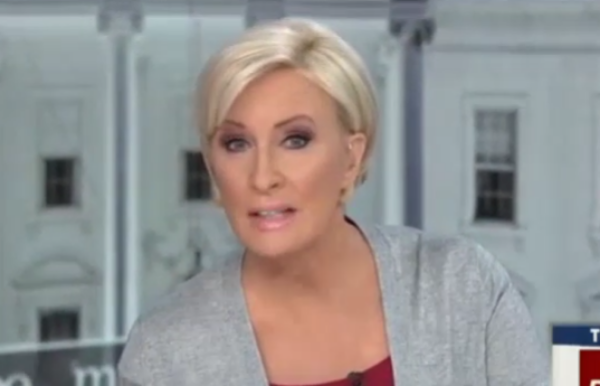 South Bend Mayor Pete Buttigieg impressed Mika Brzezinski and the Morning Joe panel on Wednesday by skillfully deflecting interruptions by hateful protesters at one of his rallies this week.

The increasingly popular Democratic 2020 candidate delivered a speech in Iowa in front of an excited crowd, only to be rudely heckled by an anti-gay bigot who shouted “Sodom and Gomorrah!” at least two different times.

In response, Buttigieg shrugged off the hateful interruption in a way that would make former President Barack Obama proud.

“The good news is, the condition of my soul is in the hands of God, but the Iowa Caucuses are up to you,” he said.

Mika had nothing but praise for Buttigieg after viewing the clip and warned Republicans that they are not prepared for him.

“He exposed hate with love,” Mika began. “He did it beautifully, pastorally, he did it in a way that made you want to be there with him. I’m going to tell you, as much as the Republicans completely misunderstood Barack Obama, and had no idea how to handle an African-American Democratic nominee, they will not be able to handle this guy, because he is truly working from a good center and has the words and education and the articulation and the grounding to express it to people who even don’t understand him.”

“It’s called depth,” she continued. “It’s called moral compass, it’s called faith, it’s called love for America. He is going to be very hard to handle, if they try to take him on for something he is absolutely not embarrassed about. In fact, he embraces who he is, and he embraces his god. This is the bottom line, the fact that that protester and Republicans might have been watching, thinking, this is the moment he goes down, because everyone will expose his — no.”

Political commentator Elise Jordan chimed in by calling Buttigieg a “strong contender” who has what it takes to win in 2020 because America has changed drastically over the last two decades.

“That moment makes me proud of our country because you do realize how far we’ve come,” Jordan said. “Just from the early 2000s until now, when it comes to equal rights for all Americans. I think that the fact that we have a strong contender for the Democratic candidacy for president who is openly gay and proud of it, and wants everyone to accept it as a non-issue, as it should be, it should not be an issue, and is so easily deflecting that kind of hate, it is just an impressive moment, I think, for our country.”

Pete Buttigieg is gaining steam as more Americans learn about him. He has already been propelled to third place in a recent Iowa poll. If he is not the Democratic nominee for 2020, he certainly is well-positioned to be a future Democratic nominee. But at a time when America really needs the best candidate to defeat President Donald Trump, the young educated war veteran would be a great choice because he is everything Trump is not.