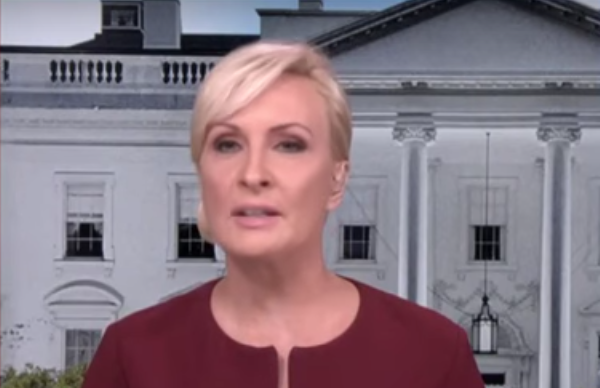 President Donald Trump is stubborn, but Morning Joe host Mika Brzezinski suggests he will quit if Democrats hit him with enough subpoenas.

Looking ahead to January when Democrats officially take control of the House, Mika recapped some of the despicable things Trump has done during his presidency, particularly when tragedy or natural disasters strike.

“There have been so many unimaginable things in this presidency,” she explained. “Just sort of flashes in my mind, are the president visiting Paradise, California, and then doddering around, calling it ‘Pleasure,’ and getting the name wrong in light of hundreds of people — possibly, ultimately, when the numbers are counted — dying there in flames, an entire town decimated. He doesn’t even get the name right.”

Then she mentioned the synagogue shooting in Pittsburgh, which Trump also responded poorly to by visiting the city despite calls for him to stay away.

“Puerto Rico, another disaster, throwing paper towels at the people as if they are minions and the king is sending them candy or something,” she said.

Trump’s responses to tragedies and disasters drew similar criticism from HBO host Bill Maher last week when he noted that Trump “blames the victims” instead of saying comforting words or sending immediate help or doing something to prevent future tragedies.

“This is what he does every time there’s a national disaster,” Maher said. “Wildfires? Mismanaged your forest! Mass shooting? You should have been armed! Hurricane? Your island is very inconveniently located. His response to every tragedy is ‘How can I hurt?’”

And that’s why Mika suggested that Americans are so tired of Trump that Democrats have nothing to lose by flooding him with subpoena after subpoena until he resigns in disgrace rather than hand over materials such as his tax returns that would sink him and his family.

“For a Democrat or for anybody who feels that Trump may be a little crass, this has been a horrible time watching this presidency unfold,” she concluded. “I wonder if he’s sowed so much doubt and so much resentment that when the Democrats come calling, they are going ask for everything.”

Make no mistake, Democrats have the power to make Trump’s presidency a living hell, and they will do exactly that. But it has to be steady and deliberate and well thought out. But regardless of the strategy, Trump and his family are about to be exposed as Democrats prepare to subpoena his tax records, which could shine new light on his ties to Russia. They can also reopen the Russia investigation and run it the way Republicans should have in the first place, which could do significant damage to Trump and the GOP. But we all know that Trump only cares about himself, so he may very well resign rather than stick around to watch his presidency end via impeachment if subpoenas result in damning evidence against him, especially if he could also be arrested and charged under penalty of a prison sentence.

Resigning could, in fact, be his only way out. The question is whether Trump is too stubborn to retreat and will Democrats actually use their newfound oversight power to be the check on Trump Americans want them to be.