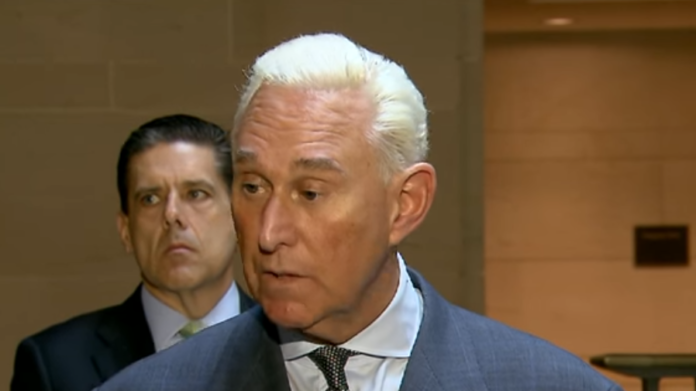 If you were wondering what to make of the multiple appearances made Monday by former Trump campaign aide Sam Nunberg on cable news, you’re not alone. Nunberg looked like a caged animal and was so manic that some suggested he was under the influence of alcohol or drugs. And you can rest assured that Special Counsel Robert Mueller was also watching Nunberg closely.

“[Nunberg] believes they wanted to put him in the box so he would provide testimonial evidence against one Roger Stone who, again, remains one of the longest-serving and advisers and political fixers for Donald Trump. In a land of Papadopouloses, I don’t have to tell you or this knowledgeable panel what it would mean if in Nunberg is half-right or third right that there is investigative interest in Roger Stone.”

Melber then added that Nunberg has now shown us all what direction Mueller’s investigators will go in next:

“Mr. Stone appears to be a person at the center of the international intrigue, as you mentioned, the contact with Wikileaks allegedly, which is believed to be by Bob Mueller of investigative interest of a Russian plot that’s already been charged in U.S. federal court. This is the center of the enchilada, this is not a chip on the edge of the plate. That is why it is so fascinating what Mr. Nunberg is disclosing.”

As for Nunberg initially saying he would refuse to appear before a grand jury in response to a subpoena issued by a grand jury empaneled by Mueller, Melber noted:

“I think it would be a potential mistake to read all of this as a ‘will he or won’t he’ story about Mr. Nunberg’s cooperation with the special counsel. That is not what gives it such legal, political and journalistic heat. What gives it so much heat is how much he’s disclosing regardless of what he later does, because he is basically saying that he has this belief that they’re setting up a case, his words, against Roger Stone.”

And Roger Stone would put Mueller another step closer to President Trump, who has to be worried about what transpired with Nunberg yesterday. If Nunberg tells what he knows about Stone and Stone is then compelled to testify against Trump, that’s the end of this administration.