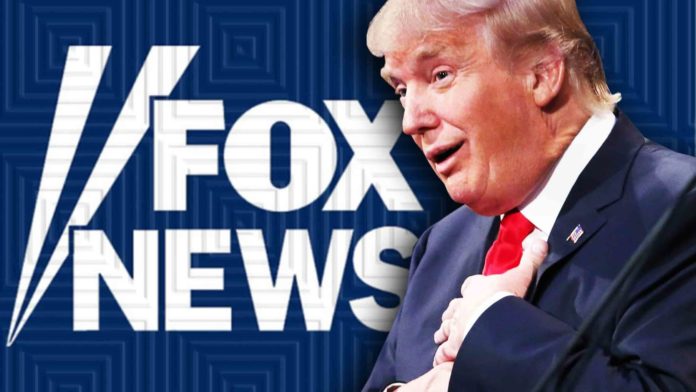 In the surest sign yet that Fox News is indeed nothing more than the official propaganda network for the Trump administration (aka Trump TV), the president will give an exclusive interview to Fox during its New Year’s Eve coverage later tonight.

In an announcement, Fox breathlessly noted:

“President Trump will discuss the government shutdown, his New Year’s resolutions and what he hopes to accomplish in 2019.”

Fox host (and longtime Trump bootlicker) Pete Hegseth will conduct the so-called interview, which will likely be little more than an extended exercise in televised sycophancy.

The Hill reports that Fox is desperately trying to compete with CNN’s New Year’s Eve coverage, which will be hosted by Anderson Cooper and has done well in the ratings over the past few years. And it just the latest exclusive interview Trump has granted to Fox:

“With the Hegseth interview, Trump has been interviewed by Fox News or Fox Business more than three dozen times since taking office, while not granting any interviews to cable news rivals CNN or MSNBC as president.”

It was also reported Tuesday that First Lady Melania Trump will not return to the White House from Mar-a-Lago to join the president for the traditional New Year’s celebration.

Trump has been slamming Democrats via Twitter most of the morning, suggesting the shutdown is their fault and repeating his demand for billions of dollars to build a border wall:

I campaigned on Border Security, which you cannot have without a strong and powerful Wall. Our Southern Border has long been an “Open Wound,” where drugs, criminals (including human traffickers) and illegals would pour into our Country. Dems should get back here an fix now!

It’s incredible how Democrats can all use their ridiculous sound bite and say that a Wall doesn’t work. It does, and properly built, almost 100%! They say it’s old technology – but so is the wheel. They now say it is immoral- but it is far more immoral for people to be dying!