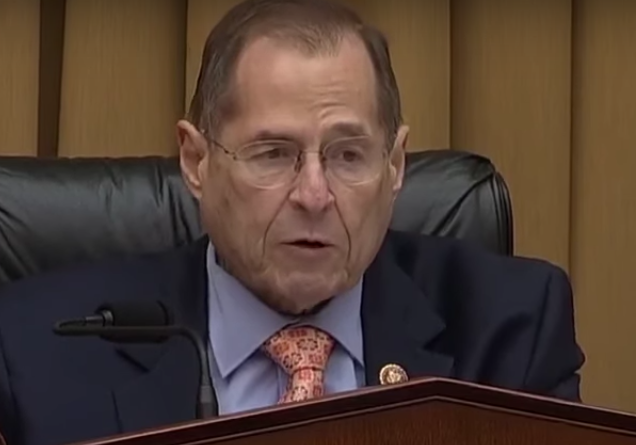 The White House ordered McGahn, now a private citizen, not to comply with the subpoena even though he is only confirming his damning testimony to Special Counsel Robert Mueller, which has already been made public by the Mueller report and is not covered by executive privilege.

McGahn obeyed Trump’s order and failed to show up to the hearing, drawing outrage from House Democrats who are losing patience with the Trump administration’s flouting of congressional oversight. McGahn could now be fined tens of thousands of dollars a day until he complies or he could be arrested and jailed.

At the opening of the hearing, Nadler expressed his anger at this contempt of Congress and proceeded to list all of the instances of obstruction of justice Mueller detailed in his report, including the instances involving McGahn, which former acting Attorney General Sally Yates recently identified as the strongest cases against Trump.

“I believe that each of these incidents documented in detail in the Mueller report constitutes a crime,” Nadler said. “But for the Department of Justice’s policy of refusing to indict any sitting president, I believe the president would have been indicted and charged with these crimes.”

Indeed, the president is not above the law but the Justice Department sure as hell is acting as if that’s precisely the case. Nadler even cited a statement signed by hundreds of federal prosecutors and former DOJ officials who say Trump should be charged.

“I am not alone in this belief,” Nadler continued “Over 900 former federal prosecutors from across the political spectrum whose job was to determine when the elements of the crime have been satisfied have stated, have agreed that the president committed crimes that would have been charged if he were not the sitting president.”

Make no mistake, McGahn is a key witness for Democrats to make their case for impeachment. That’s why Trump is so desperate to keep him from testifying. But McGahn won’t be able to resist House subpoenas for long. He can be held in contempt and fined or jailed until he complies. As a private citizen, Trump cannot stop him from testifying and certainly can’t be stopped by executive privilege since the Mueller report is public and Trump has already waived such privilege.

It’s time for Democrats to start playing hardball because it’s clear that is what it will take to exercise their oversight authority.