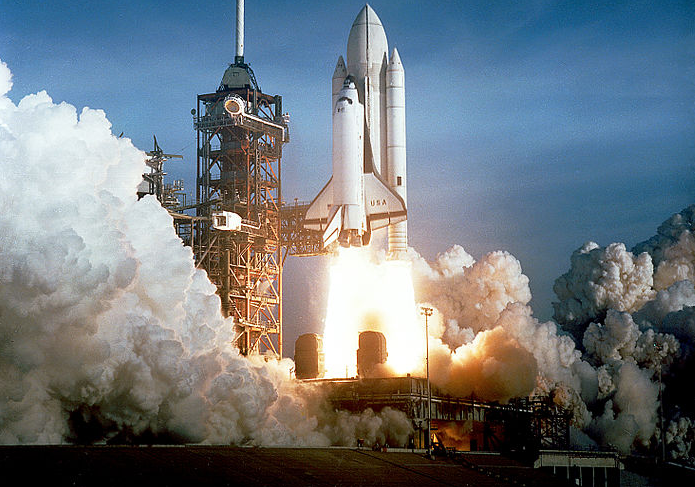 NASA Inspector General Paul Martin wrote a letter to Congress this week politely telling Senate Republicans to stay in their lane and leave the rocket science decisions to the experts.

As we all know, Republicans and science don’t mix. In fact, they either deny it or they think they know more about it than anyone else. And that’s why they start meddling in subjects the don’t know anything about, such as rocket science and space.

In his desperate effort to have a space legacy like former President John F. Kennedy, President Donald Trump wants NASA to send astronauts back to the moon as soon as possible. Work had already begun on a future lunar landing after 2024. But now Vice-President Mike Pence is pressuring NASA to do it before 2024, and Senate Republicans are not helping to relieve that pressure by trying to force the space agency to use a more expensive rocket for a mission to Europa, a moon orbiting Jupiter.

“Language in NASA’s appropriation legislation requires the Agency to launch a satellite to Europa, a moon of Jupiter, in 2023 on the yet-to-be-completed Space Launch System (SLS) rocket,” Martin wrote in his letter. “However, because of developmental delays and, more significantly, NASA’s plans to use the first three SLS rockets produced for its Artemis lunar program, an SLS will not be available until 2025 at the earliest. Consequently, if completed on its projected schedule, the approximately $3 billion dollar Europa spacecraft (known as “Europa Clipper”) will need to be stored for at least 2 years
at a cost of $3 to $5 million per month until an SLS becomes available.”

Needless to say, NASA works hard to operate on a tight schedule, and any kind of a change could set things back years. The Europa mission is more important than a repeat of the moon landings because Europa may harbor an ocean of water under its icy surface. And Earth could use more water in the near future.

Forcing the mission to rely on an SLS rocket would set the mission back a couple of years. However, there are commercial rockets that could get the mission off the ground in time and be more cost-efficient.

“Congress could reduce risks to both the Europa mission and Artemis program while potentially saving
taxpayers up to $1 billion by providing NASA the flexibility in the forthcoming fiscal year (FY) 2020
appropriations legislation to determine the most cost-effective and timely vehicle to launch the Europa
Clipper mission in 2023 or whenever the satellite is completed,” Martin wrote. “Our May 2019 report highlighted three main differences between launching the Europa mission on an SLS versus a commercial rocket: cost, transit time to Europa, and availability for a 2023 launch. The SLS is the most expensive launch vehicle option by a factor of three.”

“Given all of the foregoing factors, we urge Congress to consider removing the requirement that NASA
launch the Europa Clipper on an SLS and allow the Agency to decide whether to use an SLS or a
commercial vehicle based on cost, schedule, vehicle availability, and impact on science requirements,” he concluded.

In other words, Martin wants Senate Republicans to get out of the way and trust the scientists at NASA to do their jobs. But, it’s more likely that conservative lawmakers will muck things up as usual because they hate science, yet pretend they are scientists, and leaving the science to NASA would be blasphemous to their stupidity.