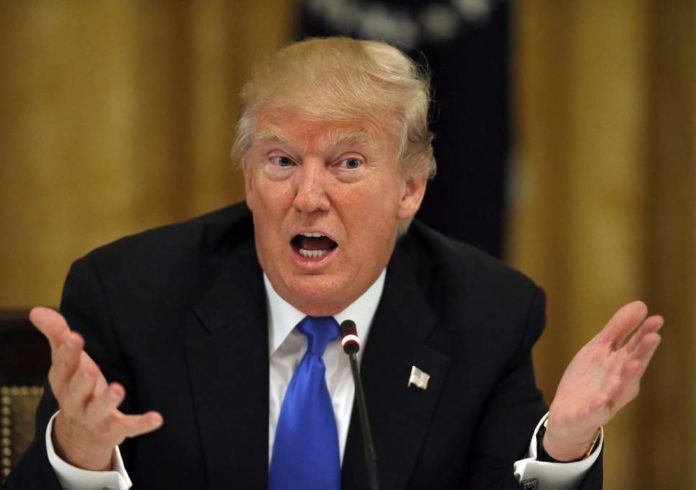 While he was visiting a tank plant in Ohio Wednesday, President Donald Trump all but demanded that he be thanked for giving the late Arizona Senator John McCain the “kind of funeral he wanted,” adding:

“That’s OK. We sent him on the way but I wasn’t a fan of John McCain.”

Clearly, Trump was seeking praise, asserting that he had to approve the funeral being held at the National Cathedral.

But according to a spokesperson for the National Cathedral, the McCain funeral “did not need presidential approval.”

“It wasn’t something he gave to John McCain,” Lemire said. “Congress decides who lies in state. The National Cathedral presides over the services. The state of Arizona took care of what happened there for McCain. What the president did do was arrange for military transport for McCain’s body from Arizona to Washington. … So yes, he played a role, but he didn’t take care of the whole thing.”

“Yes, Trump played a role in the funeral proceedings. But it wasn’t something he gave to John McCain. Congress decides who lies in state. The National Cathedral presides over the services … what the President did do was arrange for military transport.” @JonLemire pic.twitter.com/WZEc4UKFg2

It should also never be forgotten that Trump acted like a spoiled child in the days after McCain passed away as a result of brain cancer. He initially declined to order flags to fly at half-staff in honor of the senator, only to be shamed into reversing his original order.

There is no logical reason for Trump to continue attacking McCain. He does so because he’s a petty, bitter little man who feels a need to tear others down in a desperate attempt to elevate himself. But all he accomplishes is proving just how pathetic he is and always will be.