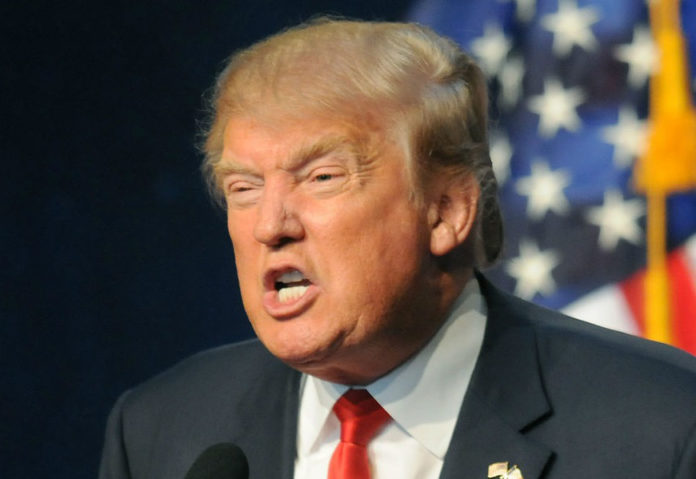 Last week during his rally in Green Bay, Wisconsin, President Donald Trump repeated a blatant lie that’s become a regular feature of his campaign stump speech: That mothers, in connection with doctors and nurses, are executing newborn babies. As Trump told the audience in Green Bay:

“The baby is born; the mother meets with the doctor. They take care of the baby. They wrap the baby beautifully. Then the doctor and mother determine whether or not they will execute the baby.”

And now nurses who work in neonatal units are warning that Trump’s inflammatory rhetoric is not only bogus, it could also wind up leading to violent acts against medical professionals.

“When a baby dies in the hospital it’s because something has gone very, very wrong. I can’t point to a single case study of a healthy term newborn that was executed in a hospital. And the mere suggestions of that is just utterly bizarre and dangerous and insulting, frankly, for anyone who is a health-care professional.”

And Trump’s fabrications have also led several states to put forth legislation to solve a problem that doesn’t even exist:

“GOP legislators in at least seven states have introduced so-called ‘born alive’ bills this year, which would impose prison sentences on doctors who don’t provide medical care to infants born after an abortion attempt. Senator Ben Sasse introduced a version in the U.S. February—despite the fact that a 2002 federal law already grants any born-alive infant the rights of a person. (Executing such an infant, of course, is already illegal under infanticide statutes.)”

Anna Schmidt, who has worked in a neonatal intensive care unit for five years, said she was enraged when she heard what Trump said in Wisconsin:

Amy Carle, a NICU nurse for 22 years, said that Trump’s ill-informed comments are a slap in the face of the parents and medical personnel who care for newborns with horrible physical deformities or fatal medical conditions that cause the child to die seconds after birth:

“Any time a parent has to make a decision about their baby, you can’t imagine what it’s like for them. It’s just heartbreaking. And for him to so carelessly spout off that babies are getting executed is just disheartening for all these families who have to go through these kinds of choices.”

Carle also fears that the president’s lies about abortion could endanger her life and the lives of others who work in the field of neonatal care:

“He’s putting my profession in danger, and the doctors and the abortion clinics and all kinds of places. He’s already spewed enough things that have created violence. This is just another notch in his belt.”