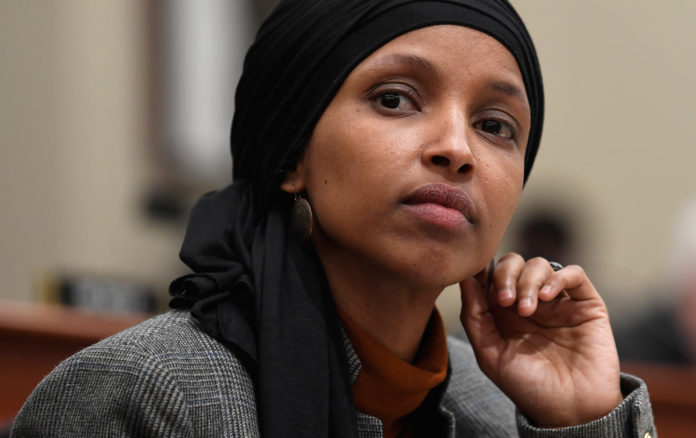 Despite the fact that a virulently anti-Semitic right-wing extremist has been charged with the shooting at a California synagogue that left one person dead and three injured, some notable Republicans are desperately trying to suggest that blame for the crime should be placed on Rep. Ilhan Omar (D-MN).

Keep in mind that the accused assailant in Poway, California, 19-year-old John Earnest, posted a manifesto online prior to the shooting in which he said he had been inspired to commit his hate crime by the shooting at the Tree of Life synagogue in Pittsburgh six months ago and the horrific mosque shootings in Christchurch, New Zealand that left 50 dead.

But that didn’t stop Senator Ted Cruz (R-TX) from going after Congresswoman Omar on Twitter, posting this:

And then Rep. Chip Roy (R-TX) also weighed in, tagging Omar in a response to a tweet from Senator Kamala Harris (D-CA):

And then there was Meghan McCain, co-host of “The View,” who said on ABC’s “This Week” Sunday:

“I do think when we’re having conversations about anti-Semitism, we should be looking at the most extreme on both sides. I would bring up Congresswoman Ilhan Omar and some of her comments that got so much attention.”

It should also be noted that neither Cruz or Roy have expressed their outrage or offered condolences about the Poway shootings. Apparently they were far too busy trying to point the finger at someone else instead of admitting their own hypocrisy for supporting a man who has called Mexicans “rapists” and compared immigrants to vermin.

For her part, Omar said that both anti-Semitism and Islamophobia are “two sides of the same bigoted coin” and then leveled Cruz by noting:

A white nationalist literally terrorized a synagogue during Passover yesterday and you have yet to say anything.

Cruz hasn’t yet responded to Omar’s tweet. He’s probably far too busy shining Donald Trump’s shoes and asking him if there’s anything else he can do to prove his pathetic devotion.